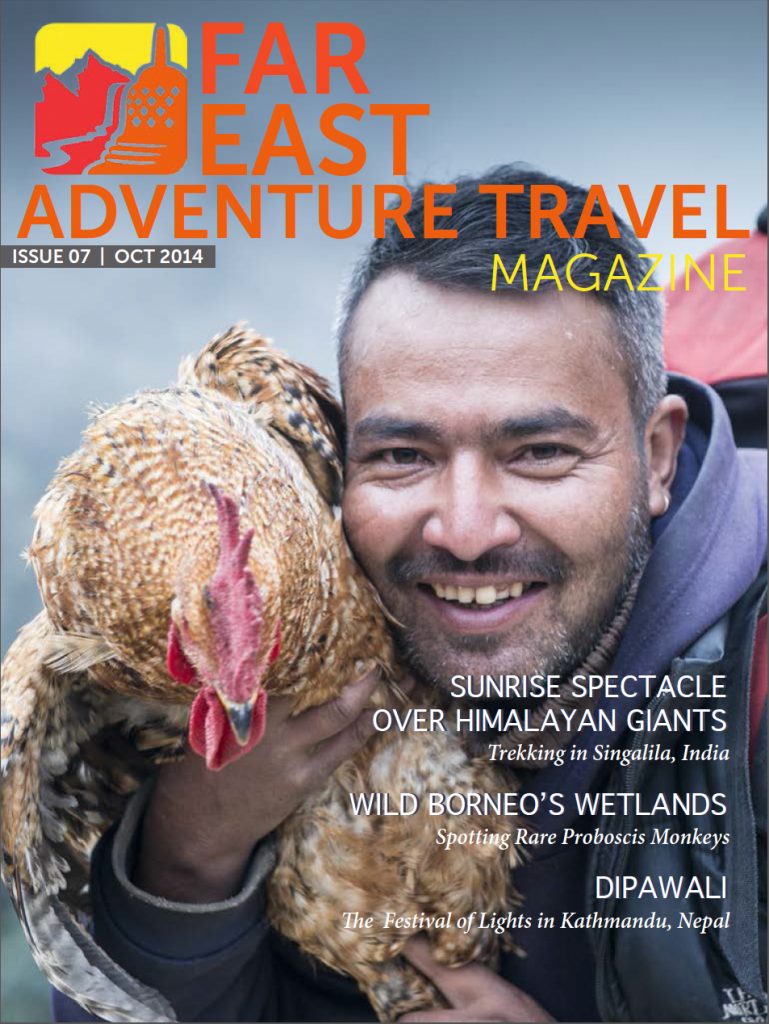 Publisher's Message:
I was extremely tired from the trekking and the onerous transportation challenges of the Kanchenjunga region.

Getting in and out of this area where Kanchenjunga, the third highest mountain in the world lies, poses many challenges due to its remoteness. I definitely wasn’t prepared for the day we left Taplejung, the heart of the trekking routes. Our hired jeep broke down twice, the second time a near disaster losing the rear axle, luckily while on a flat road.

By the time I arrived in Darjeeling, India the next day, I was in need of a good rest. But once I recovered I had my mind set on another trek; The Singalila Ridge. The trailhead was only ninety minutes from Darjeeling and the promise of watching the sunrise over four of the five highest mountains in the world, Kanchenjunga, Makalu, Lhotse, and Everest, simultaneously was too hard to resist.

The first week in Darjeeling I was relaxing, recovering, and enjoying the sights around this former British hill station with its iconic railroad, the Darjeeling Himalayan Railway. The weather was rather mixed. It was never miserable, but never a day when the skies were completely clear.

As I recovered, the challenge of another trek, albeit a much softer one than what I had just come off of beckoned. The skies opened up and from Darjeeling, the huge sleeping Buddha profile of Kanchenjunga, the third highest mountain in the world was in plain view. My timing was perfect and I felt ready to pull the trigger on another hike.

It was early December and the temperatures would be some of the coldest of the year on the Singalila Ridge at -10 Celsius. The trekking operator had warned me that some of his clients were coming back sick from the cold temperatures and high altitude, 3,636 meters at Sandakphu, the highest point on the trail. I wasn’t worried about the altitude having been higher in the last two weeks. I was well acclimated. The cold did concern me, so as a precaution I brought my sleeping bag to use along with the blankets I knew the guesthouses would provide.

It was an amazing trek and although it wasn’t as strenuous as Kanchenjunga, there were a couple of long days. Indeed even with my sleeping bag, I still managed to catch a cold towards the end of the trip. I look back on my time on the Singalila Ridge feeling absolutely privileged and grateful for the weather conditions. Three days in a row of clear skies for sunrise over four of the five highest mountains in the world within a territory of four countries, was beyond lucky. It was a miracle and I feel blessed for the opportunity to share this with you.

I hope you enjoy the images, video, and stories from The Singalila Ridge, Malaysian Borneo’s Weston Wetlands, and Kathmandu’s celebration of Dipawali in this issue of Far East Adventure Travel Magazine.