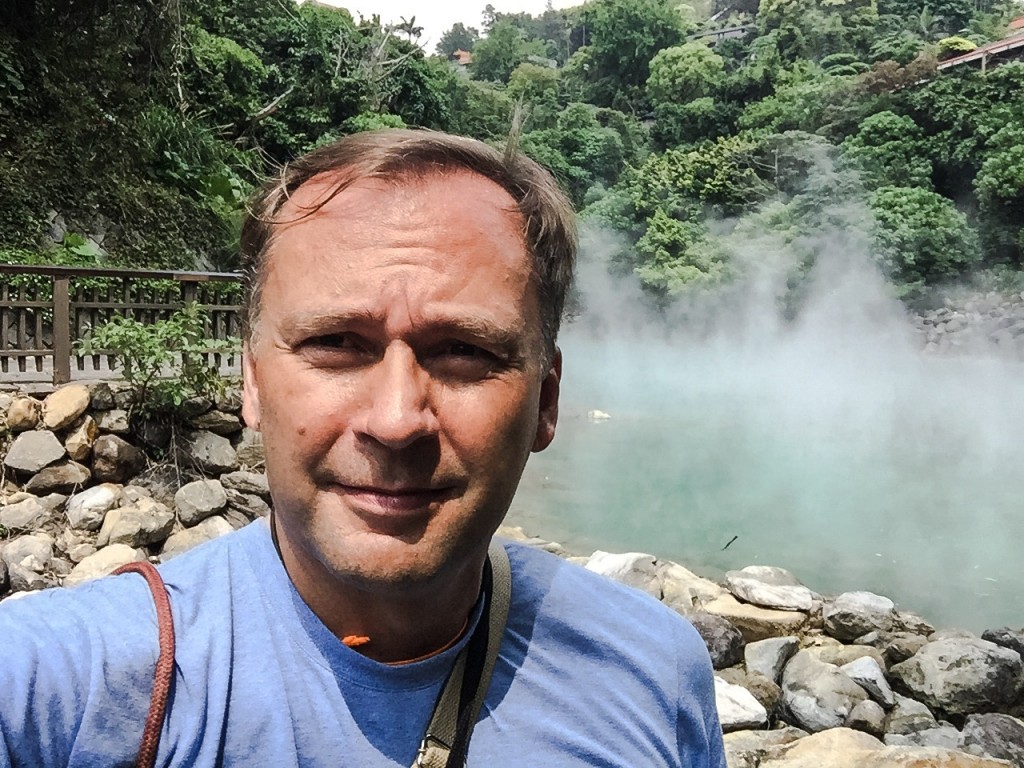 Beitou District is a short 20 minute MRT ride from Taipei, Taiwan but it feels like your in another world. Serene compared to the bustle of Taipei, the hot springs resort area of the district is situated right over the Tatun Volcano Group, making it a prime location for hot springs.

When Taiwan was a colony of Japan this area was first known as the entrance to the North Formosa Sulphur District where three sulphur extracting plants were located. Soon though the Japanese saw the value in creating a hot springs resort and the town was developed to include a complete spa experience adding aromatherapy, massage, and hydrotherapy along with an excellent choice of cuisine.

At the end of WW2 when Japan handed Taiwan over to The Republic of China Beitou eventually lost it’s shimmer as an exclusive hot springs district and became one of the largest illegal red light districts in the country.

The red light district was eventually shut down and when Taipei’s MRT line expanded in the 1990’s to Beitou there was renewed interest in the district. Heritage buildings were restored and many of the old characterless concrete buildings were either torn down or renovated into luxury hot springs resorts.

Plum Garden was built towards the end of the 1930’s as a retreat and villa for Mr. Youren Yu, a calligraphy master who would vacation here in the summer. Plum Garden was rated as a historical site by the Taipei City government in 2006. It is a traditional Japanese style residential building equipped with an air raid shelter. The home showcases the artistry of Mr. Youren Yu.

The Beitou Hot Springs Museum was built in 1913 as the Beitou Public Bathouse at the time the largest bathhouse in East Asia. But by World War ll the building had been abandoned. While on a field trip in 1994 a group of teachers and students from the Beitou Elementary School discovered that the bathouse was still abandoned and petitioned for the conversation of the site. By 1998 the bathouse had been restored and opened to the public as the Beitou Hot Springs Museum.

Thermal Valley Hot Springs, the reason why the area was nicknamed “Hell Valley”. Steaming springs with temperatures rising up to 100 degrees celsius. Unsuitable for bathing locals used to boil eggs in the springs.

You can reach Beitou by Taipei’s Tamsui(red) MRT line and the short Xinbeitou one station branch line.