We have been blessed with favorable weather conditions at the half-way point of a cycle around the beautiful island of Taiwan in East Asia. 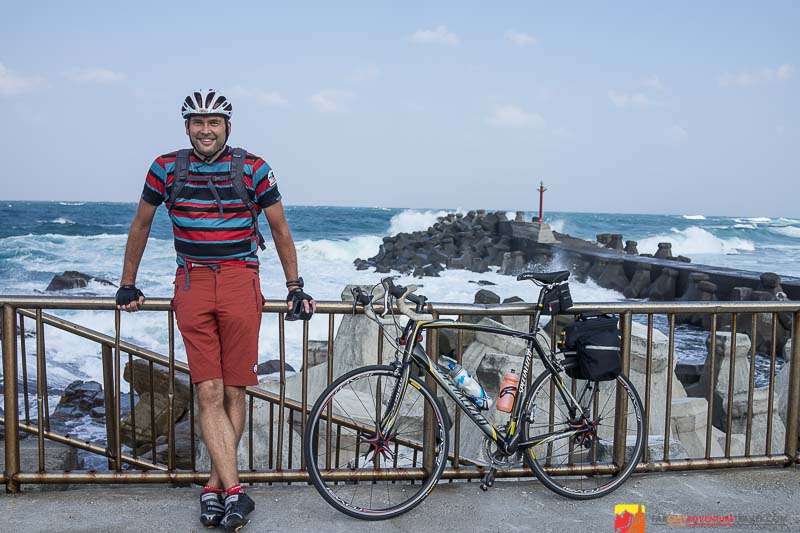 We started our ride at the beginning of the week from the east coast city of Yilan, and after 5 days we are basically at the half-way point of a cycle around the island.

Taiwan is one of the most densely populated places on the planet. A population of 23 million squeezed on an island that is a total of 36,000 square kilometres with 80% of the country mountainous. It’s still amazing with a population that size on such a small piece of land that you can have stretches of beautifully undeveloped seaside with cycle paths that give you breathtaking unobstructed views of the ocean. If you are watching the video version of this podcast you will have a chance to sample some of the footage I’ve taken on this trip.

Taiwan is definitely a cycling paradise with great roads and paths, plenty of convenient places to stop and take fuel and water breaks, amazing coastal villages that specialize in tasty seafood dishes and snacks. And wonderfully friendly people. We are quite often cheered on with the phrase Jiayou, Jiayou-meaning add oil, go go, as we are passed by motorists.

Does it help to speak some Mandarin Chinese, the main language of Taiwan? Yes in the smaller villages, but if you’ve traveled before in a foreign country where little English is spoken you won’t have a problem. I am fortunate to have a riding partner and friend who has lived in Asia for several years. Andy is fluent in Mandarin and also is an excellent navigator so I am extremely lucky.

We decided to start the ride from Yilan on the east coast circling the island counter clockwise to avoid some of the strong head winds that you can face if you ride the island clockwise on the eastcoast. We also wanted to avoid as much of the big city riding around Taipei as possible.

The north coast gets the most precipitation so we knew we had a decent weather window with our timing. If we did have to face some rain we would have rather have gotten it out of the way at the beginning of the ride rather than the end. It turned out we only had about an hour of rain the morning we left the northern port town of Keelung-an extra coffee break gave us shelter- a relief from the shower.

I’m still processing much of the experience in the middle of the ride but I will tell you with Taiwan’s infrastructure, numerous towns and villages, and countless 711’s coupled with beautiful expanses of mountains, seaside, and agriculture, it really is the perfect place for a multi-day cycle adventure. Our trip in total will cover over 1100 kilometers over a 14 day schedule which allows for a couple of rest days.

I have traveled the island mostly by train, bus, and motorbike but I’m seeing so much more by cycling. There are still many traditional Fujian houses scattered around Taiwan especially near the coastal towns and of course countless temples whose followers worship the Buddha, the Tao, and numerous folk gods.. We stopped at the famous Matsu, Goddess of the Sea Temple in Dajia on day 3 and had our bikes blessed by the local Shaman of the temple. I immediately had a rear flat tire, late changing it twice due to defective tubes. The next day, a issue with my bike chain. I think the Gods are protecting me with numerous bike shops and handy motorbike repairman.

This trip is also a chance to sample the great food of Taiwan. All along the coast we have been spoiled with fresh amazing seafood dishes that cover almost all regions of Chinese cooking including, Fujian, Sichuan, Cantonese, Hakka. The influence of Japan’s rule of Taiwan is also evident. Seafood I have never seen let alone eaten is everywhere. Of course Taiwan is world-famous for it’s night markets and all around the island there are lots of opportunity to visit them and savour the famous snacks of the island. Keelung Night market was one of our favourites on the trip so far.

It’s long days of riding, but I’m enjoying every moment of this adventure on Illa Formosa, the beautiful Isle..Jiaoyou, Jiaoyou.

Next time on the podcast another report on the road cycling Taiwan. Until then this is John Saboe, safe travels and Namaste! 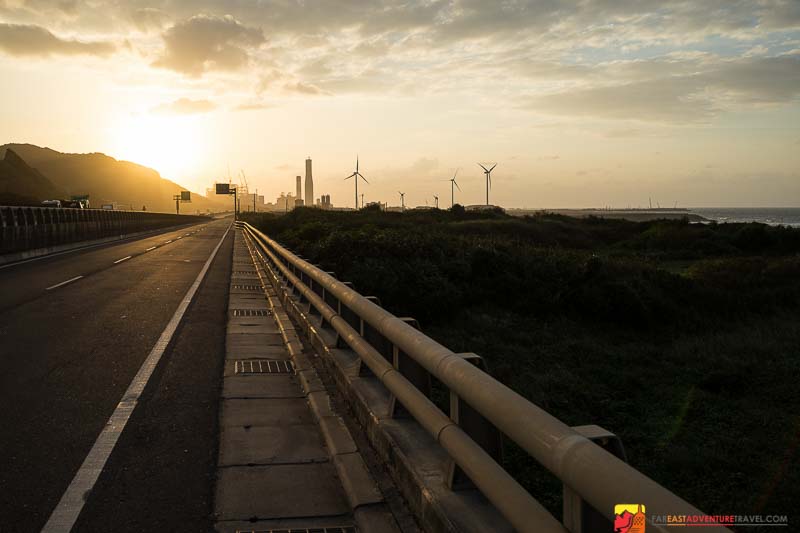