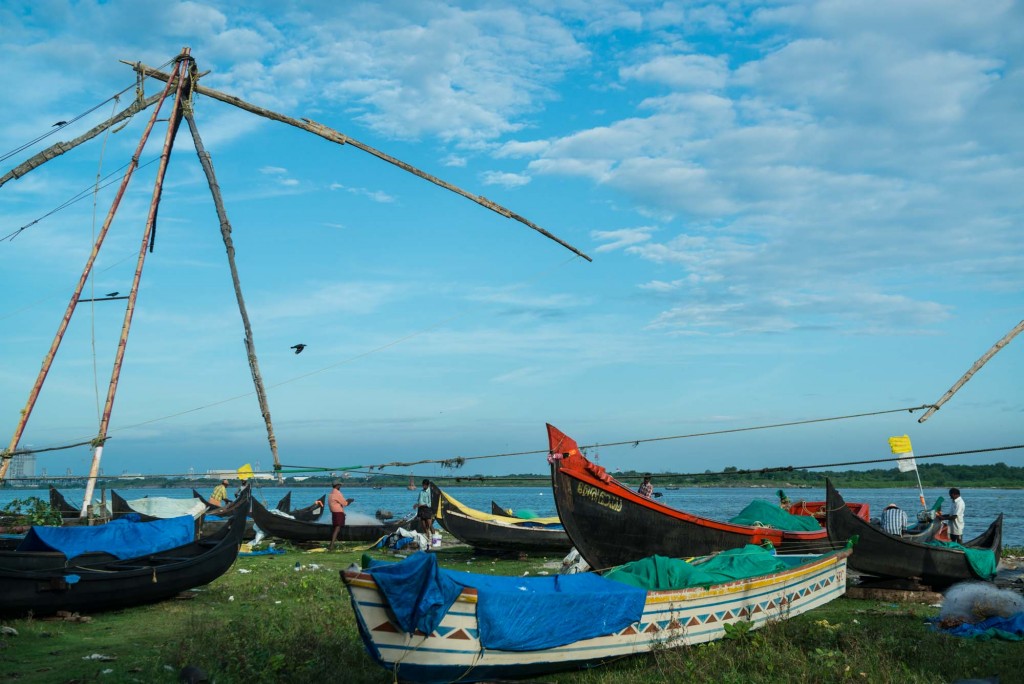 An ancient Chinese fishing net and traditional fishing boats are still used to catch a variety of fish and creatures from the sea in Fort Cochin-Kerala, India

Kerala is one of my favorite states to travel through in India. It has an interesting history filled with some of the most varied culture and religion in all of the country. Fort Cochin at 35% has the highest per capital Christian population in India. Coupled with a smoothly assimilated remainder of mostly Hindu and Muslims, the feeling of harmony amongst the groups could be the highest than anywhere else in India.

Spices have been exported from the region since 3000 B.C. Walking through the streets and alleys of Matancherry next to Fort Cochin can still feel romantic and like a slice from another time with small warehouses piled high with sacks of nutmeg, mace, cumin and many other spices. Much of which is used in Ayurvedic medicine, one of the main reasons tourists visit the state. Ayurvedic clinics, yoga retreats, beach side resorts and backwater houseboat cruises are some of the most popular draws to Kerala.

On my last visit to Kerala I spent a few weeks in the Fort Cochin area before traveling further south to the beach towns of Varkala and Kovalam, with stops in the capital, Thiruvananthapuram, or the older and easier name to pronounce, Trivandrum, as well as the backwater capital Alleppey.

Join me in this episode of Far East Adventure Travel for live stream highlights of “God’s Own Country”-Kerala, India.