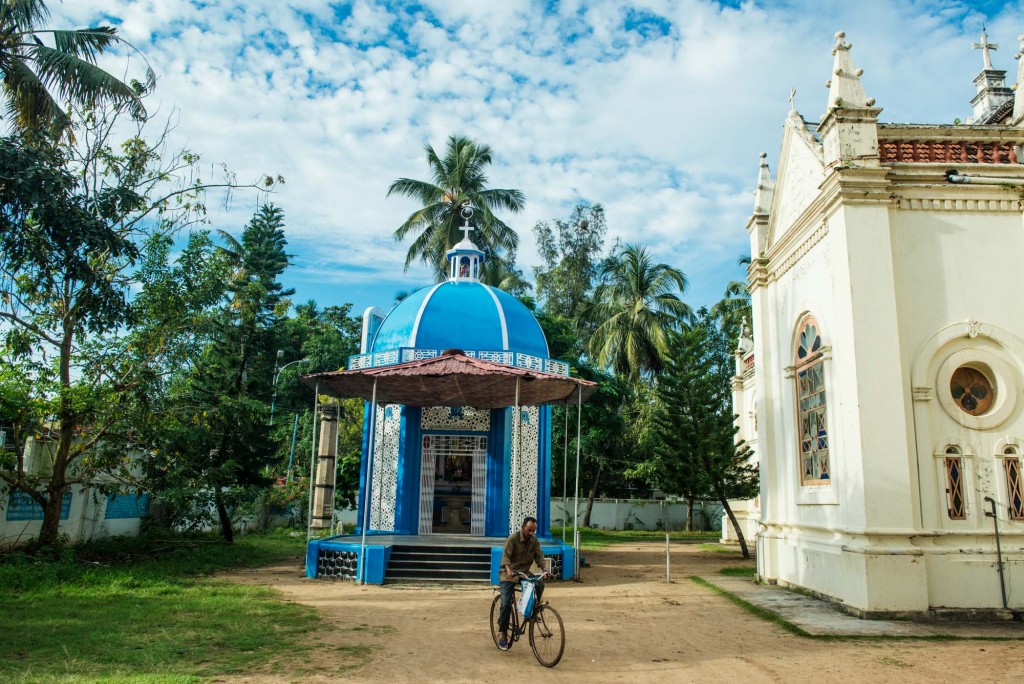 Cochin, or Kochi is the second largest Westcoast Indian city after Mumbai with a total population of just over 2 million. Ernakulum District encompassing the townships and total urban area has the highest percentage of Christians in all of India. It’s not surprising to see so many churches and a strong Christian local culture and why it’s so busy in the village of Fort Cochin on a Sunday.

Syrian Orthodoxy originally made up the Christian community before Europeans arrived in the 15th century. Historically Cochin had a large Jewish community arriving here as early as 7th century BC with spice traders. Hindus still make up the largest portion of the population. After Christians, Muslims are the third biggest group in Cochin, many living in Matancherry township.

With the diverse mix of beliefs, spirituality and cultures Cochin is also known as a very tolerant community with harmony like nowhere else in India.

Fort Kochi was a simple fishing village before the Portuguese were handed over control in 1503. It was named after the fort built by the Portuguese later to be destroyed by the Dutch who in 1683 captured the territory. Today the town is literally a history book of architecture. A mix of Dutch, Portuguese and British buildings make this one of the most unique communities in India.

Matancherry right next door to Fort Cochin is a tourist center for the curious interested in visiting historic Jew Town. Antique and rug shops line the streets but you can still find atmospheric lanes with a rich history of spice trade. It was here that the first trade link for pepper and tumeric was established.

To dive deeper into the rich history and culture of Fort Cochin I spoke with Benson, a native Kochiite and the owner of Costa Gama Homestay.

Spend enough time in Cochin and you’ll soon be charmed by the warmth, friendliness and kindness of it’s people. From the fisherman who ply the waters of the port to the hard working laborers of Matancherry.

For Far East Adventure Travel this is John Saboe