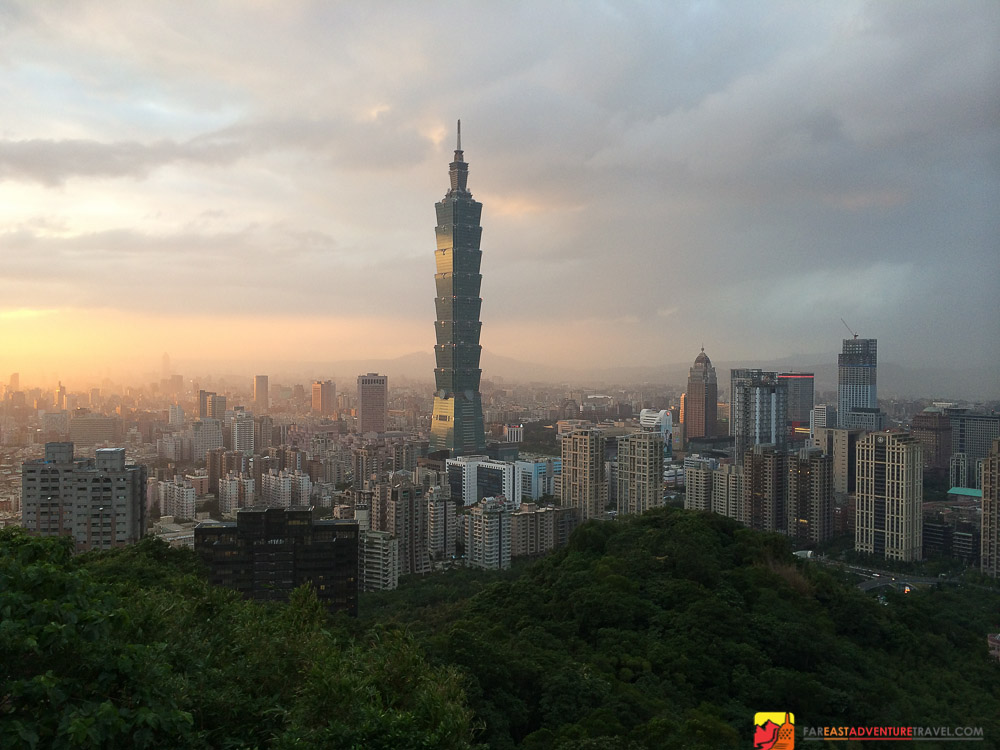 I arrived in Taipei yesterday with a seamless entry back into the country and a taxi ride to the Zhongshan District of Taipei, where I am staying. I have brought lots of gear with me including my road bike. There will be plenty of rides here in the coming months which I hope includes a complete route around the island along its coasts.

It was so nice to quickly adjust back to some daily routines including a morning trip to the market for dumplings, fresh pineapple and coffee. Later in the day a friend and I hiked up Elephant Mountain in East Taipei. An off and on drizzle didn’t discourage us from our hike and we were rewarded with a beautiful sunset over Taipei and the second highest structure in the world, Taipei 101. See image above.

Over the next ten days I will be doing some bike rides, light hiking and other preparations for a month long trek in Nepal, specifically The Kachenjunga area of the Great Himalaya Trail. I will try to report in from the trek in Nepal but this area is quite remote and still lacking in wifi infrastructure. You will see plenty of images and video when I do return to the cities.

I will also be stopping for a few days in Kuala Lumpur en route to Kathmandu. Watch out for images and video of the night markets and other sites.

It’s great to be back in Asia!