This is Singalila National Park in India. It’s located in West Bengal bordering Nepal in the eastern Himalaya. I was here to do the classic Singalila trek-a 5 day hike where it’s possible to watch the sunrise over 4 of the 5 highest mountains in the world. Lhotse, Makalu, Kanchenjunga, and Mt. Everest.

A look at the mountains just before sunrise, including another grand himalaya peak, Jannu.

The sun first hits Kanchenjunga, the third highest mountain in the world, next to the Kanchenjunga massif, Jannu.
I was at the highest peak on the trek , Sandakphu, at 3636 meters.

Waiting in anticipation to see the sunrise over the last three peaks with some friends I had just made.

There they are-Makalu, Lhotse, and Mt. Everest, the highest mountain in the world.
From one of the best places on the planet you could ever watch the sunrise from-Sandakphu, India, this is John Saboe for Fareastadventuretravel.com 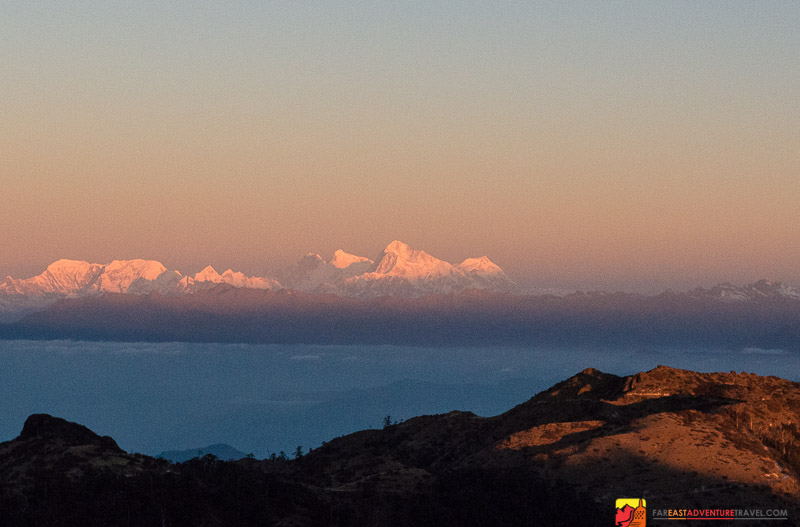 Sunrise from Sandakphu in Singalila National Park India-Lhotse, Makalu, and Mt. Everest in the distance