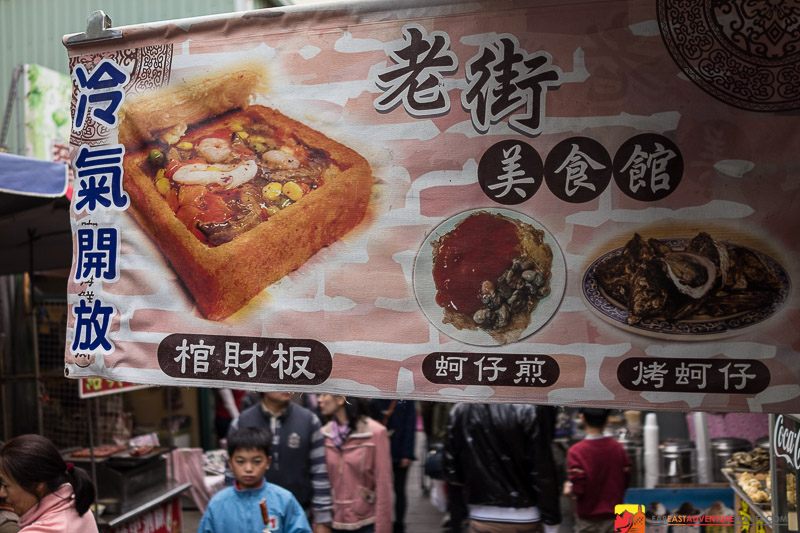 Whenever I mention a trip to Tainan to any of my Taiwanese friends their first thought is food. This is food city. So many special things only made and available in this the oldest city in Taiwan. I can’t mention them all. To be honest some of these things I will never try because I don’t eat meat. But I love Coffin Toast! The name doesn’t conjure up visions of gastronomy but who cares! It tastes great. It’s basically a hollowed out piece of bread, toasted, and filled with seafood topped off with a bread lid. There’s also plenty of snacks, like prawn crackers. In the Anping neighbourhood where the old streets are located several shops hand out samples daily.

I recently took a quick video tour through one of these old streets to give you a peak into this neighbourhood and good eating in Tainan, Taiwan.