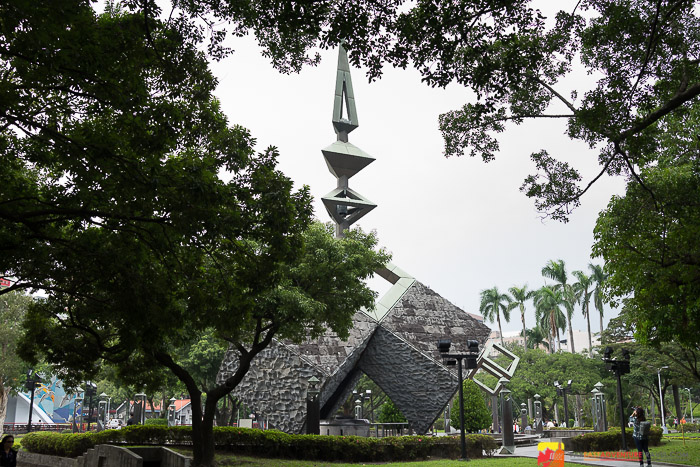 It’s hard to imagine sitting in this lovely park in the middle of Taipei that in 1947 a massacre took place started by an event here that would change the history of Taiwan.

The 2-28 Peace Park was originally established during Japanese occupation and was first called Taihoku Park. It became the 228 Peace Park as a memorial to angry protesters who took over the state radio station which lead to subsequent killings of many Taiwanese citizens. Many were some of the most elite of society at the time. Estimates range up to 30,000 victims. It was dedicated the 2-28 Peace Park in 1996. 2-28 was when the event started, February 28th, 1947. I get the feeling no one who visits here doesn’t think about this everytime they sit on a bench or under a tree. Everytime! 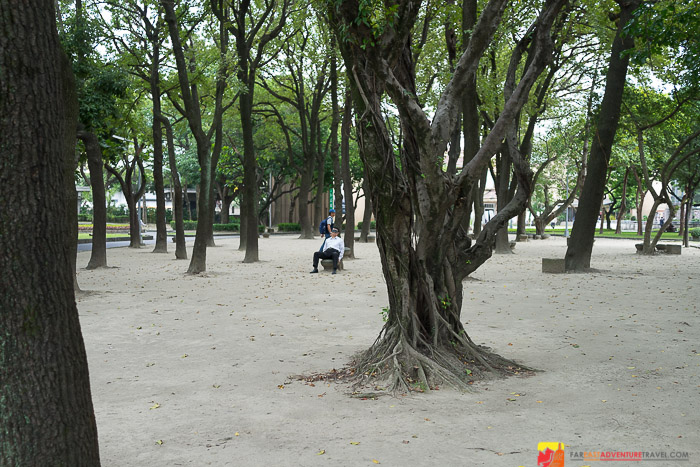 A rest break in the trees – 2-28 Peace Memorial Park

I met a couple of men here one day who were visiting from Kaoshiung in the south. “Do you know what that memorial is for?” One of them asked me. “Yes I do, it was very tragic, actually horrible” I said. “Did you know that one of the men who designed this monument tried to murder Chiang Kai Shek’s son in New York?”. I’d never heard this before. 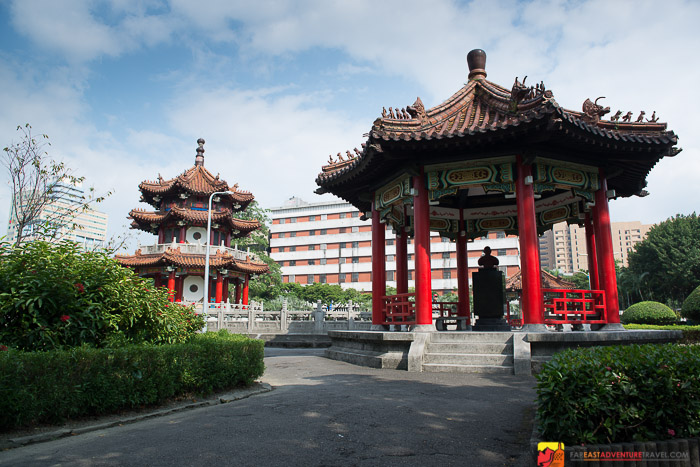 Chiang Kai Shek the long time ruler of Taiwan was succeeded by his son Chiang Ching-Kuo as premier of The Republic of China in 1972. The murder attempt took place in New York in 1970. Later I confirmed what the man told me with one of the volunteers at the 2-28 Peace Park Museum. In fact the designer was serving his prison sentence at the time the monument was in it’s planning stage. 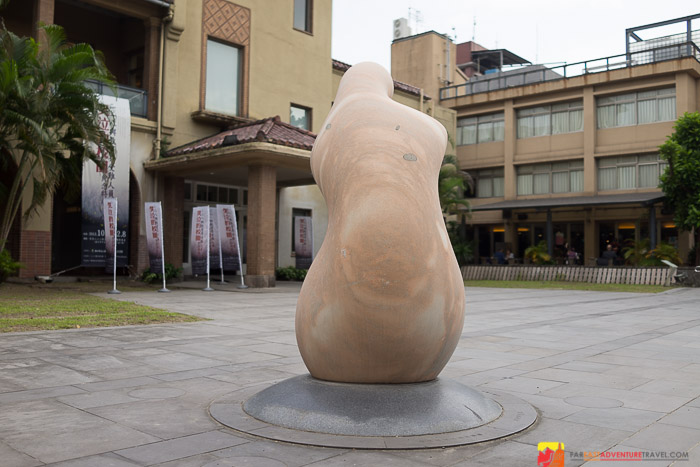 Outside of the 2-28 Peace Memorial Park Museum

When you visit you must see the 228 Peace Park Museum. It will anger you. The whole event started with a women selling cigarettes illegally. A police officer struck her. An angry group of citizens saw this and started chasing him. He shot at the crowd and killed one of them. Eventually protesters took over the radio station that was once in the building that now houses the museum. Clothing from some of the many who were killed now sits in glass cases. Visible bullet holes and the stories of their lives. People remember this when they come here. But it’s not a solemn place. See a more detailed accounting of the events of the 2-28 incident below.

I continued my conversation with the two men. One of them telling me about his years spent in the Phillipines and Borneo. They asked me if I’m married. I’m not. Then they tell me single men over 30 in Taiwan are called diamonds. Ha! Laughs and more stories. 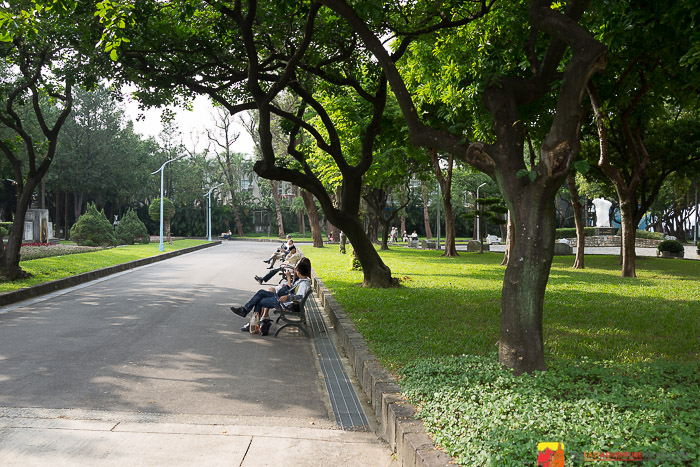 In the shade of trees – 2-28 Peace Memorial Park

We say goodbye and I continued a walk around the park. Like I said, it’s not a solemn place. Maybe the best description is respectful. People sit on benches, read, talk. There’s tai chi groups exercising here in the morning. The one afternoon I was there a couple of guys were playing some blues on guitar and harmonica with some backing tracks. It’s nice. Beautiful trees and palms everywhere to escape the sun and heat. But you never forget what happened here. 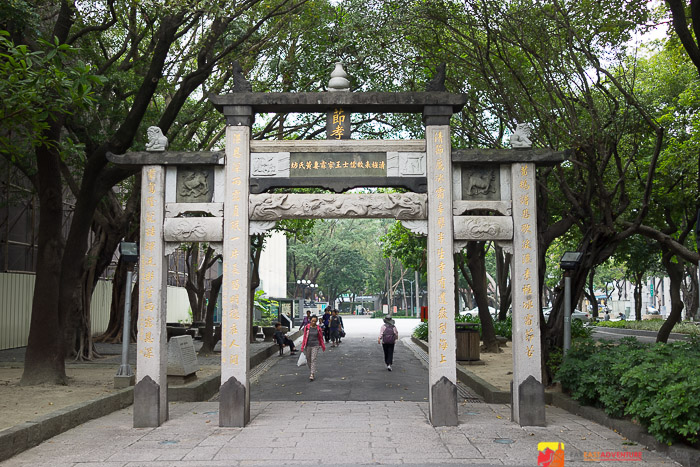 Here’s a link to wikipedia that gives a more detailed accounting of the events of 2-28.
http://en.wikipedia.org/wiki/228_Incident

You can reach 2-28 Peace Memorial Park from the NTU MRT station.