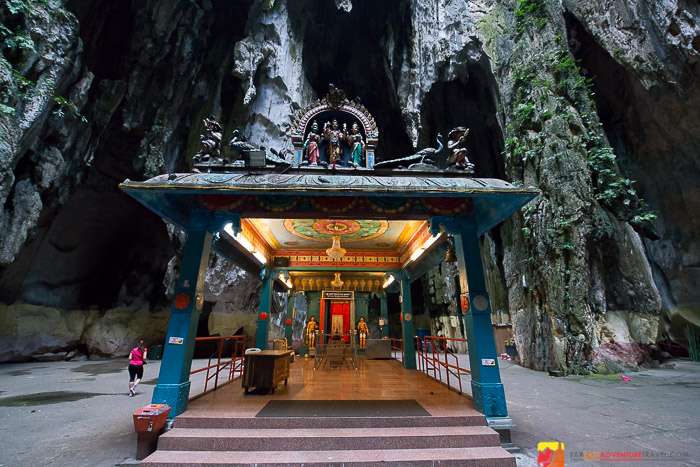 Inside the Batu Caves

Greetings from the Batu Caves in Kuala Lumpur! A little sprinkle of rain in the afternoon didn’t stop the small groups here from tackling the 272 steps to the top. It was a quiet day. No pujas, (ceremonies), no crowds. A pleasant afternoon with a light drizzle and temperatures in the low 30’s. Lovely people all enjoying this impressive center for Hindu worship. 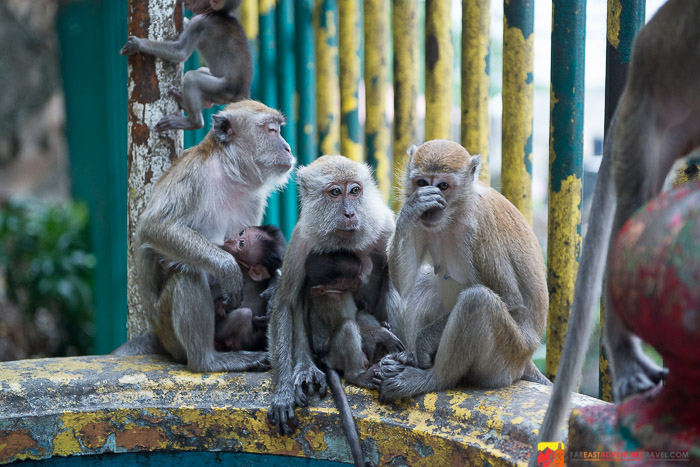 Of course, the real stars of the scene. The monkeys! Everywhere. Climbing up and down the railings. Crowded in small groups. Scoping us all out for the suckers that bought food specifically for them.

The caves really are an impressive site. I could just imagine what it’s like when thousands gather here for holy days. I likened the inside to a Hindu version of St. Paul’s Cathedral in Rome, except way cooler! A cathedral created by mother nature, God himself/herself!

I met some Buddhist monks who were visiting from Sri Lanka. Their orange robes glowed in the dim light as they approached me. A lovely group from Indonesia, so friendly.

As the rain continued thunder started to roar through the Klang Valley. I moved quickly down the stairs but still stopping with others to see the stars of the show this day before a quick train ride back to KL. 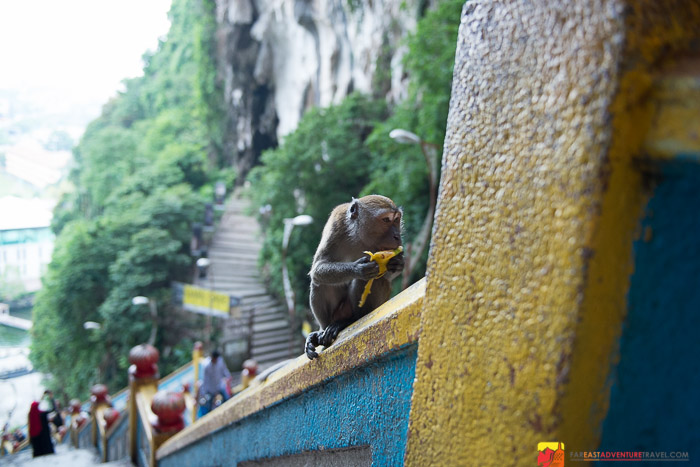