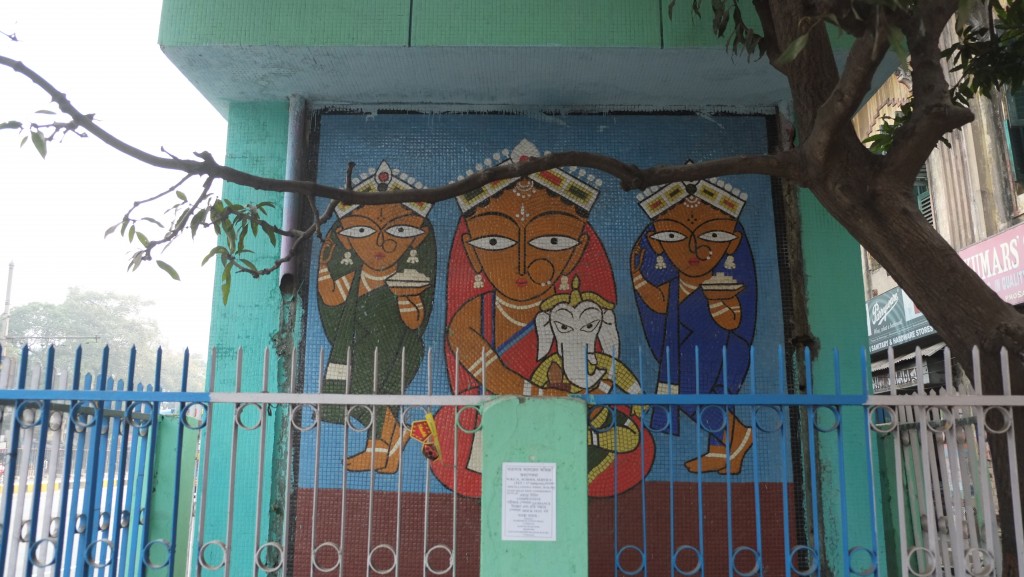 It’s amazing how the simplest images we capture while traveling can conjure up a few or even a dozen memories.

Going through my files from my most recent trip to Kolkata, India I came across the shot pictured above. Possibly interesting to some with it’s Hindu theme and the elephant God Ganesh it brings back so many memories of this area of Kolkata I visited several times.

It’s the same stop that will eventually lead you to the world-famous Mother Teresa’s Home For The Sick And Dying Destitute. It’s also the same place where you’ll find one of Kolkata’s most prominent places of worship, The Kalighat Temple.

Why is this image so powerful to me? I believe simple images that tell a story, like this one, give us the strongest recall of a place. One picture or story unlocks the flow of memories. It allows our natural imagination and story telling to flourish. Simple, but it’s something I alway try to remember when I’m capturing images or trying to convey a feeling or theme.

What memories does this image help me recall? Of course I immediately think of Mother Teresa’s home and the poor people sitting outside. The nearby Kalighat Temple and the pilgrims, Bhola the goat, the temple’s adopted mascot. The haircut I paid $1.60 for which included a neck and shoulder massage and a cup of chai tea. So many more memories, from a simple image. I love traveling!