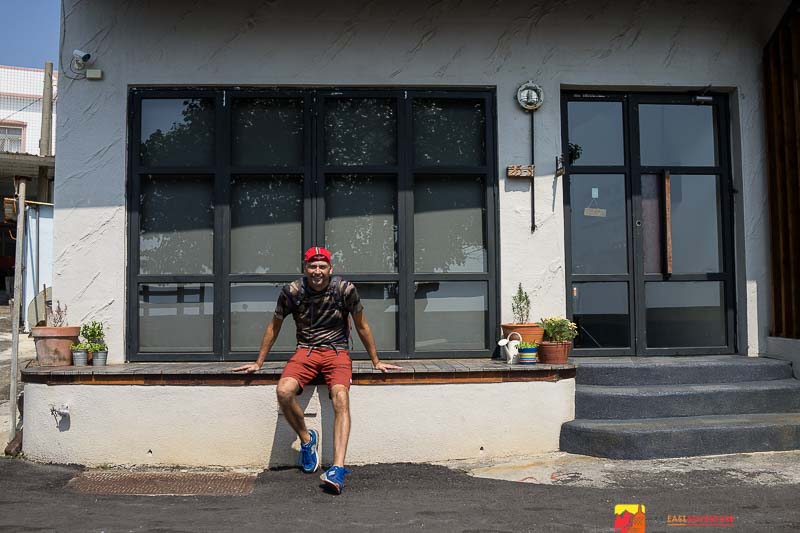 Hi this is John Saboe. In the last episode of Cycling Taiwan Andi and I had taken a rest day in Kenting National Park in Southern Taiwan. It was the perfect time for a break. Just over half-way through our around the island journey. The next stage would take us up the beautiful and rugged Eastcoast.

When we started north on highway 200 it wasn’t long before we were climbing again. We would gain almost 200 meters before the morning was over. At least we were able to get a little cruising in before the big push uphill. We were also traveling through beautiful countryside and the township of Manzhou. Here as well as most of the way up the east coast we would see many aboriginal settlements. There are 14 official groups or tribes across Taiwan-we were riding through the home of the Paiwan.

It felt great to be back in the saddle.. Unlike the westcoast of the island the east coast has less route options so as we started riding we were now seeing more fellow cyclists along the way always giving each other the customary jia yo jia yo, which literally means, “add oil”….

After our climb we were on a nice downhill ride back to the coast. It was nice heading downhill after the morning climb but some of the road was a little rough. Finally a look at Gangzai our first seaside village on the east coast in Manzhou township. This is where you can find the largest dunes in Taiwan known as the Jiaopeng desert. Dune rides are a popular attraction here.

We stopped for a tasty seafood lunch before heading up a pristine bike path along the ocean towards Mudan Bay.

Taiwan’s eastcoast is more mountainous than the westcoast so development has been limited. As a result there are long tracks of green space like this bike path we were traveling on. 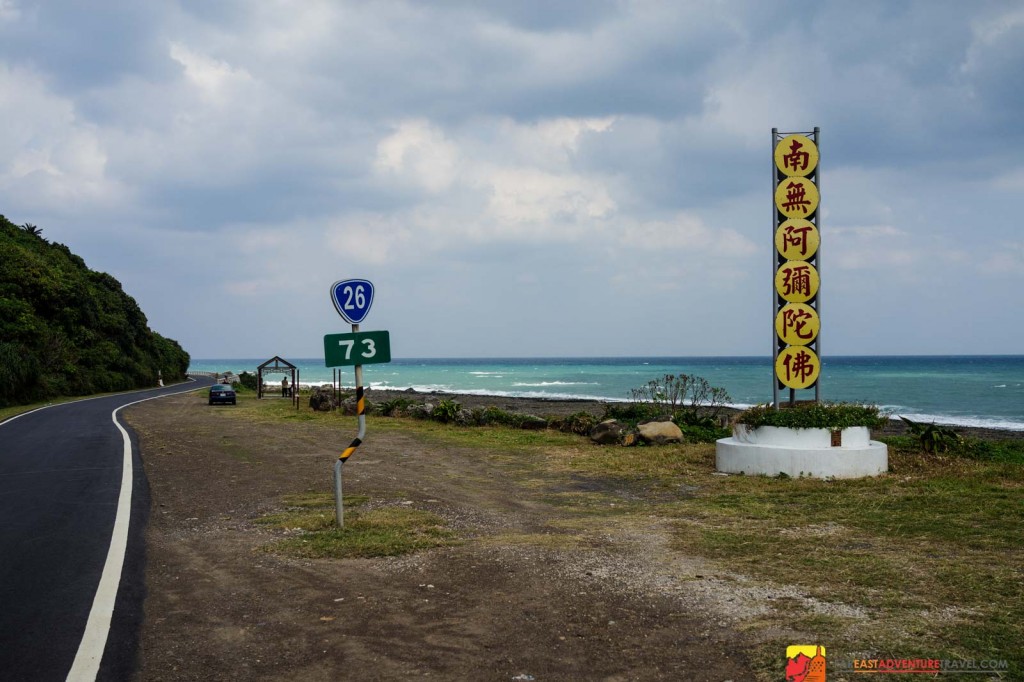 Cycling the east coast of Taiwan near Mudan Bay

In 1871 Mudan Bay was the scene of mass beheadings of the crew of a Japanese vessel by the local Paiwan people. They were known in the region as fierce headhunters. When Japan sought compensation for the incident it was refused by Qing, China. This eventually lead to an invasion by the Japanese in 1874 and the subsequent killing of the Paiwan chief during battle.

Today it’s a quiet seaside recreational area. Mudan Bay also known as it’s ancient name of Syuhai Village loosely translates to “the sun rises from the east shore sea”. On a clear day you can see all the way to Orchid or Lanyu Island and Green Island. Two popular Taiwanese outer island destinations.

The junction of coastal highway 26 and 99 meet at Syuhai Village. This is where we would once again move inland through the hills on highway 99 eventually meeting up with 199 and a 12km downhill ride back to the coast. Syuhai is also the location of a great hot spring. Unfortunately we didn’t have time to stop, needing every daylight minute for cycling.

Riding in the hills through Dongyuan village gave us the opportunity to see it’s wetlands-registered as one of the most important wetlands in Taiwan. The Dongyuan Wetlands were named “pudung” meaning corner in the Paiwan language.

We arrived in Dongyuan just as school was out so we stopped to say hi to some of the kids. They loved Andi’s rabbit ears.

The climb to over 460 meters was a grueling way to finish off the late afternoon, fortunately at the higher altitude we were treated to cooler temperatures.

The final reward was a smooth fast ride. 12km downhill that lasted almost 20 minutes. Andy took the Gopro on a crazy ride next to some fast trucks and buses.

What a great finish to the downhill! Meeting up with some fellow cyclists on a Huan Dao-circle of the island of Taiwan.

More on the Huan Dao, circle of the island next time on Far East Adventure Travel The Podcast.

That’s it for this week’s show, thanks so much for joining me. This is John Saboe-safe travels and Namaste!