The Ease of The MRT Taipei 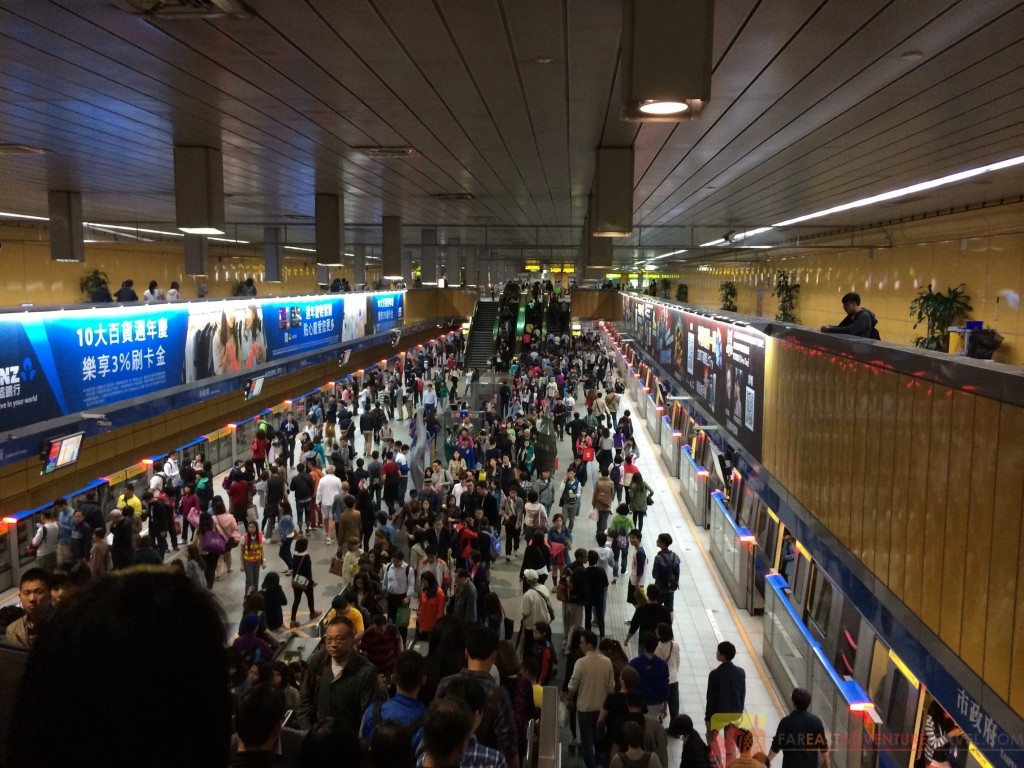 It’s so easy to get around Taiwan’s largest city, Taipei. Why other cities haven’t adopted the Singapore, Hong Kong, or Taipei MRT,(mass rapid transit) model is beyond me. I’ve spent a few days riding Singapore’s rails. Many more on Taipei’s. They both are super efficient, user friendly, and everything is in English. On Taipei’s, you actually get four language announcements per stop. Mandarin,(Chinese), Taiwanese, Hakka,(another Chinese dialect), and English. Sounds like a lot but trust me, you get used to it. 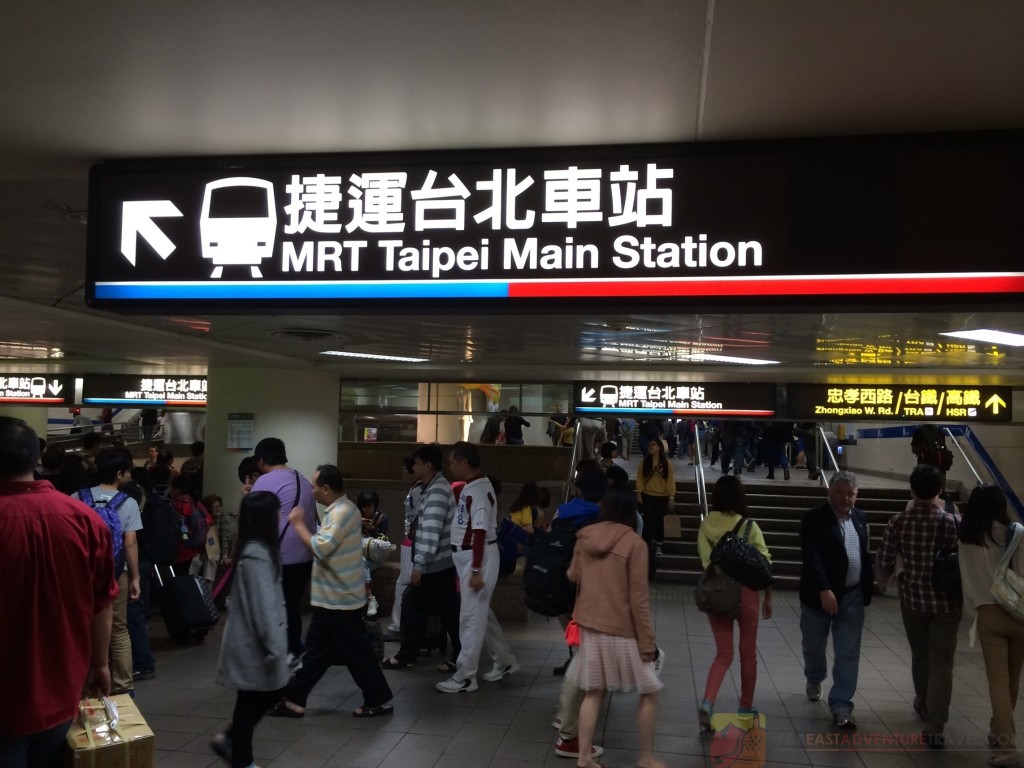 All signs are for Taipei’s MRT system are in English

When I first arrived in Taipei a friend showed me how to use the token system of paying a fare. It’s very easy. There’s a diagram on the machine that shows the routes. You simply find the stop you’re at then follow the route to your destination. The price of the fair is on the route. This works if you’re only using the MRT for a day or two.

What I highly recommend is buying the EasyCard. The card is purchased from a counter at an MRT station or a convenience store. For $300 NTD or about 10 U.S. dollars you get your own EasyCard with a balance of $200 and a deposit of $100 NTD. When you’re finished with the card return it and you’ll get your deposit back plus your unused balance. The EasyCard also works on buses, regular trains, other entertainment attractions like the Taipei Zoo, and even for a purchase at a convenience store. 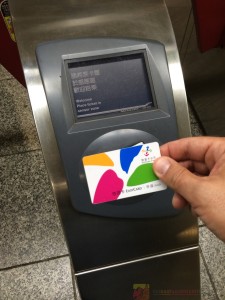 The EasyCard for Taipei’s MRT

There are two main lines on the MRT system you will probably use the most. The red line, or Tamsui, and the blue line, or Bannan. There are two other lines, the brown or Wenshan-Neihu Line, and the yellow or Zhonghexinlu line. All the routes are shown at every station and you can download an app that’s even more convenient. If you’re still unsure about your destination just start staring at a map and look confused. Within minutes you will attract a local who will offer to help. 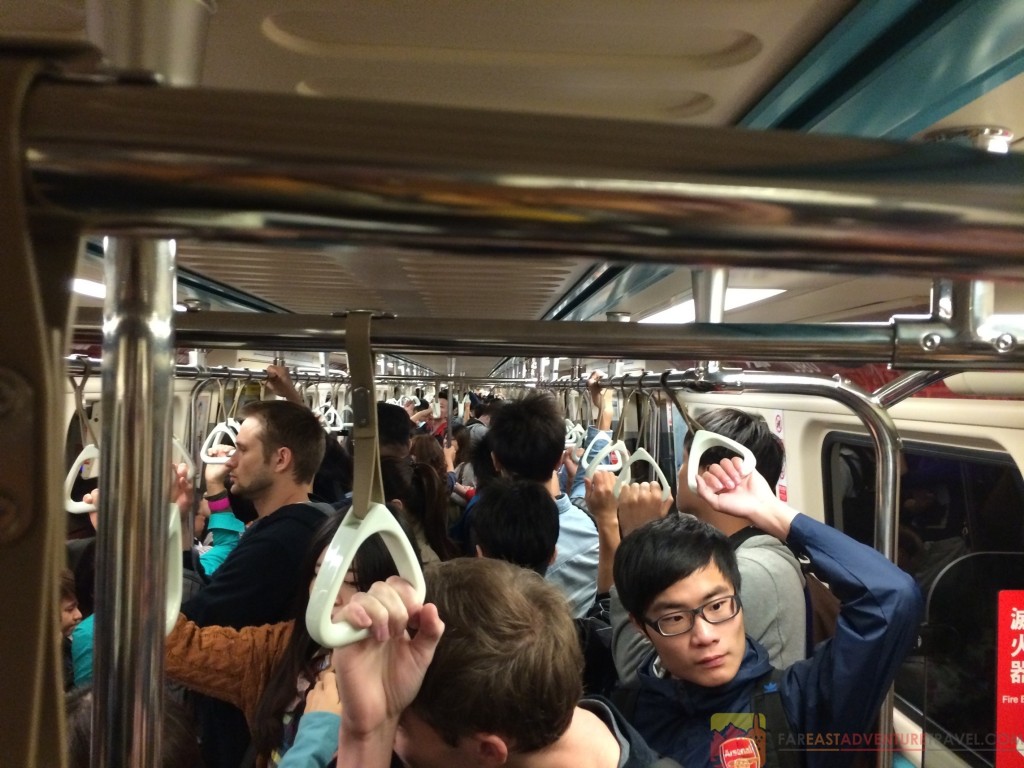 No Shoving or Pushing

Like any other major city rush hour is busy so don’t plan on getting a seat. You’ll be standing in close quarters. Weekends are super busy throughout the day. But there are proper line-ups that are respected by everyone. No shoving, no attendants jamming people into cars, like you’ve seen in Japan. Taipeinese are very respectful people. Like I said, no shoving or pushing or jumping in front of a queue. No loud talking on cel phones. People are even asked to wear masks when they’re sick, and they do!

Just remember. No chewing gum, no betel nut, (a narcotic like substance chewed usually by old men), and no drinking or eating.
This really is a pleasant experience. I remember so many times riding public transit elsewhere and listening to someone chomping on their food while I was trying to relax after a tough day at work. Or being forced to listen to someone blasting their voice in a phone conversation about a relationship issue.

I really do love riding the MRT. You can pretty much reach almost anywhere in the Taipei area with one of the lines. If there isn’t an MRT stop for a particular area or site, like the National Palace Museum, there are easy instructions on how to get there via a bus connection. Buses are even cheaper then the MRT, but the routes are more complicated. Haven’t mastered that yet. 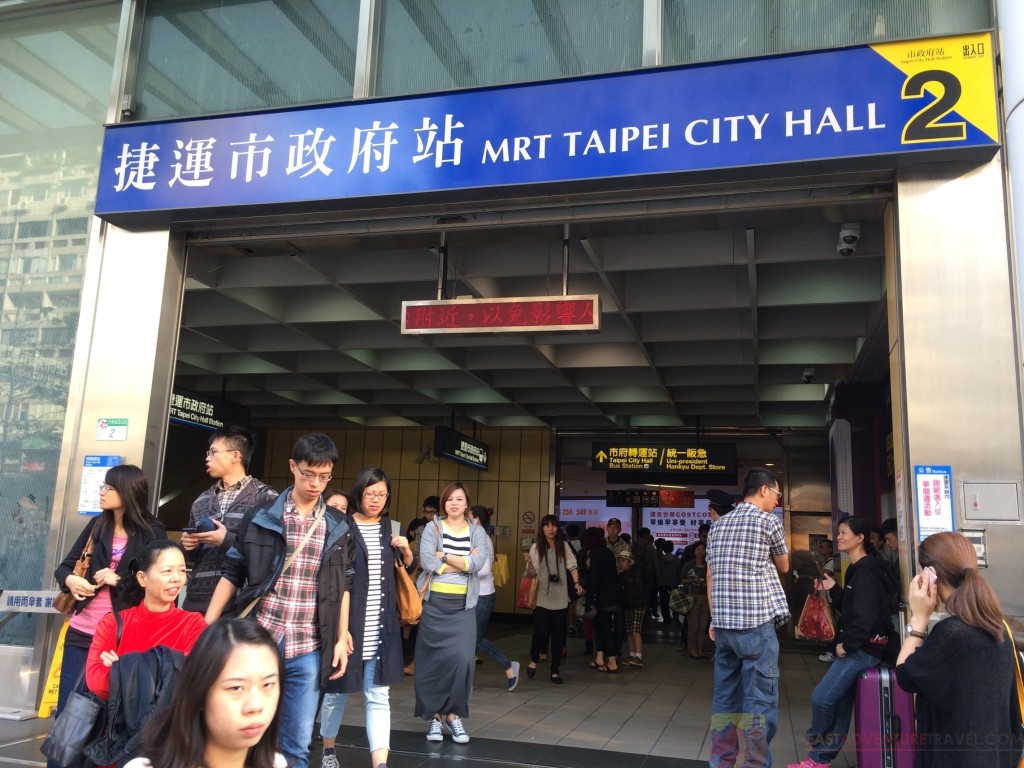 The MRT system is also extremely safe, even up until the last train at 12am. The only downside to the MRT system at the moment is there is no service to Taoyuan International Airport. Currently under construction the line is scheduled to be completed by 2015.

If you’re visiting taxis are the most convenient way to get around. But they are definitely a budget eater when compared to public transit. Also you must remember to bring directions or the address of your destination in Mandarin,(Chinese). Most drivers in Taipei do not speak or understand English.

Next time you’re in Taipei take the MRT. Before you arrive you can download the app, TP Metro from the App Store, it’s free. Get yourself familiar with the lines then pick up your EasyCard and travel with the locals.