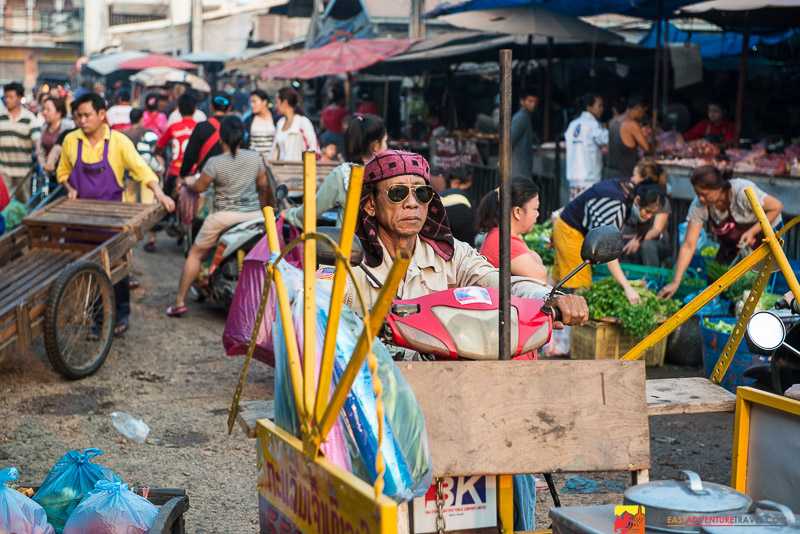 I was in Vientiane for a day when I decided to visit the Thong Than Tham Market. I walked about 20 minutes from my guesthouse to the liveliest place in the capital at 7:30 in the morning.

I love markets in Asia. They’re the quickest way to immerse yourself in the local cultural. See what people are eating and buying. I do this everywhere I go. I’m also a photographer and I know these settings are some of the best for getting candid shots of people in everyday situations. 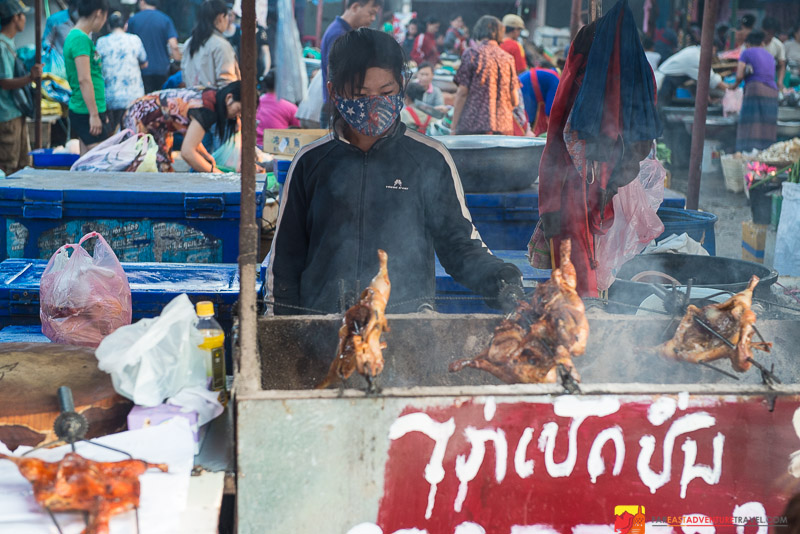 It was typical of a large market in Asia. Lots of activity, fresh food being served. Loads of produce for sale and just about everything else from kitchen utensils to batteries. Watermelon was in season and anywhere you turned your head you would see piles of them, flowing out of carts and the backs of trucks. Of course I had no idea that little more than a week later this place, a center for commerce and socializing in Vientiane, would be gone. Destroyed by a fire.

I’m glad I made the walk to the market that day. I just thought I was seeing another interesting place in Asia and the capital of Laos. I had no idea I would be one of the last people to document the market in what was it’s current form. It’s been a devastating blow to the shopkeepers. One businessmen reportedly owned 5 shops and lost over 200,000USD of inventory. 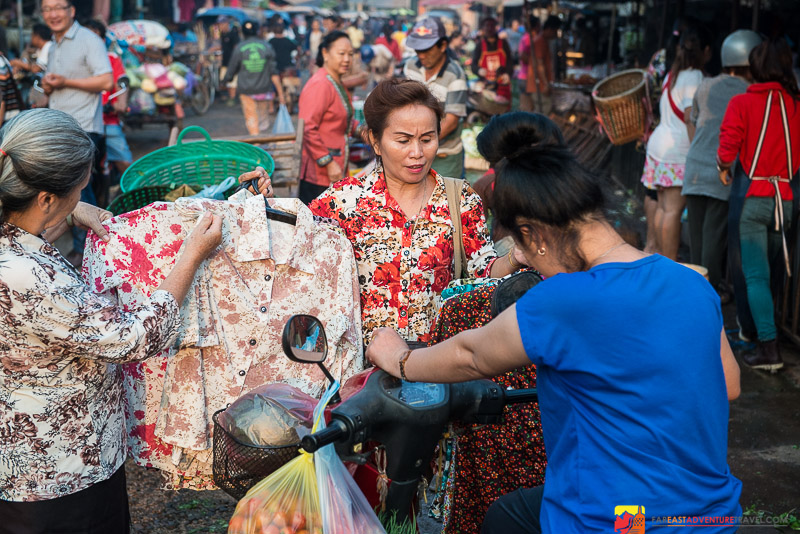 Explosions were heard during the fire at Thong Khan Kham market, which started about 7:40pm local time on Wednesday.

One shopkeeper, who operates a curtain shop on the street outside the market, told China’s Xinhua news agency that the fire broke out in a corner of the market and quickly spread. Most of the shops were made of wood, enabling the flames to fast gain the upper hand and ravage the structures.

The shopkeeper said the market had closed slightly more than an hour earlier at 6.30pm.

Fire fighters spent several hours struggling to put the flames out, partly because of their small number.

Xinhua reporters witnessed shopkeepers braving the extreme heat to rescue their goods as the fire continued to engulf the area. The streets were filled with frantic people making it difficult for fire trucks to navigate the area.

The fire knocked out power for surrounding areas and locals were told to evacuate the area. Eyewitnesses told Xinhua that the explosions were probably from cooking gas.

Khan Kham is one of Vientiane’s most renowned markets and sells everything from fresh produce to baskets, clothing and tools.