Xingtian Temple Taipei, Taiwan. It’s the eve of the lunar new year and the ritual of striking the temple drums and bell 108 times has begun. Why 108? In ancient times 108 represented one full year.

We’re actually all waiting for the new year when just after midnight this part of the temple is re-opened and worshippers will race to the giant black censer, in the middle of the floor area. The goal-to be the first to place their incense stick inside. It’s believed this will guarantee that person one year of good luck.

Everyone has lit their incense and is ready for the big moment. Then out of nowhere these two clowns broke the rules and didn’t wait. Too desperate to be the one, their’s won’t count for the year of good luck.

Finally, Xin Nian, Kuai Le! Happy New Year, and there they go. And it looks like the guy that made it first almost trampled someone on his way out. Too in a hurry to start his lucky year I guess. For everyone else, just being here at the very start of lunar new year will bring good luck for their first prayers. For breezy-size.flywheelsites.com this is John Saboe from the Xingtian Temple, in Taipei, Taiwan. 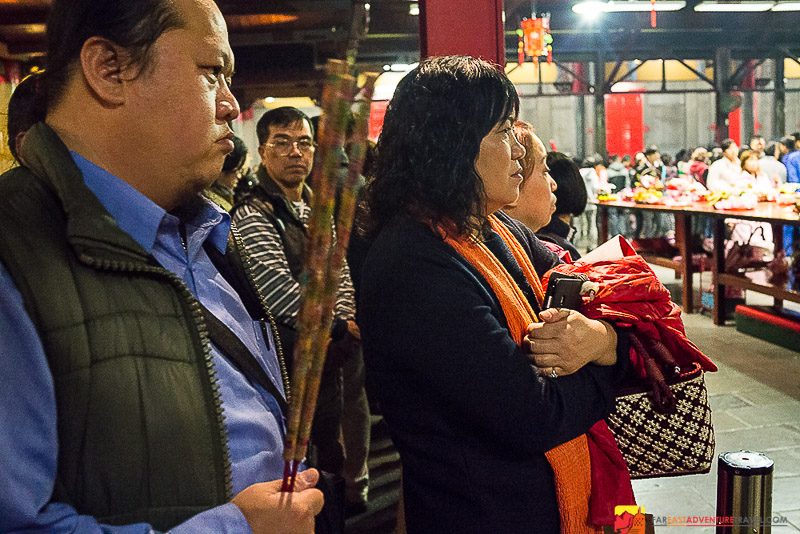 Waiting To Make The Mad Dash For A Year’s Good Luck-Xingtian Temple-Taipei, Taiwan