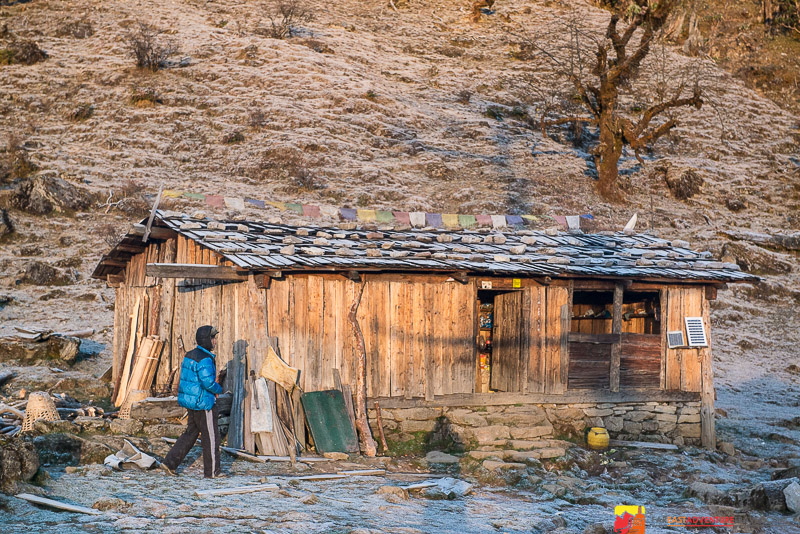 The Worst Teahouse In Nepal

Without any hesitation I would say this was the worst teahouse I’ve ever slept in. The Kanchenjunga region does not have the same standard of teahouses and hospitality that other treks in Nepal enjoy. For me this one on my Kanchenjunga base camp trek in November 2013 will always stand out in my memory. I’m alright with that. Because in a way it turned out to be one of the most memorable nights I had on the trek.

We arrived at “the shack” after a tough slog. Grinding up the side of a mountain for the last 3 hours of a 9 hour haul. Tired, hungry, I was looking forward to a warm bed and a nice meal.

I knew my guide Hari, and porter Milan were up to something. They kept talking about the 7 star experience I was going to have that night. Bullshit, I knew it was bullshit, but I played along with the game. You can’t call a good teahouse a 3 star experience let alone a 7 star. When we finally arrived my jaw dropped. It was a hillbilly shed. I’ve camped, roughed it, you name it. This was a new low though. How anyone could call this a teahouse was baffling. 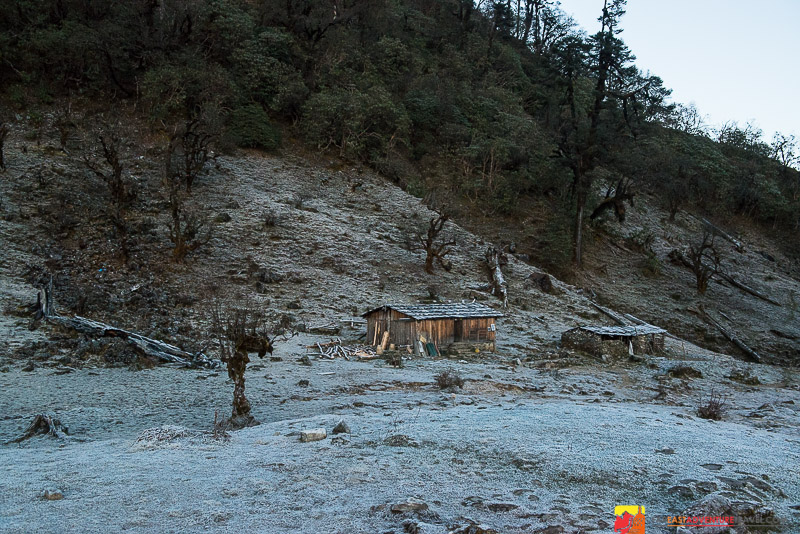 Broad View Of “The Shack”-(Teahouse)

When we opened the door Milan pointed to the corner of the room and said “John, your 7 star hotel”, and laughed. It was a dark corner with old tattered mats and fleece blankets. This was my room? It was the corner of a shack! I did what I call “the release”. Rather than get frustrated, mad, annoyed, I simply released myself to the moment. What could I do? Getting angry wasn’t going to change things. Release, and accept. It works most of the time.

There was also a problem with a lack of food on hand. We were at the end of the trekking season and the teahouse owner wasn’t keeping much food around. I was used to the simple meal of Dhal Bhat, the national dish of Nepal, every couple of nights.

That night we would have the simplest Dhal Bhat of the trek. Rice, lentils, and squash that was leftover. Hari and Milan pitched in on kitchen duty and it actually turned out to be satisfying.

In this part of the Kanchenjunga region there was plenty of wood so after dinner we built up the fire in the middle of the room. The teahouse owner then brought out Nepal’s answer to moonshine, Rakshi. Warm from the inside and outside we were all feeling pretty good. We could hear bats screeching outside. Hari said they usually made that sound before the weather changed.

So I took a walk outside to have a look at the sky. It was cold, at least -15 celsius. The sky was clear, with almost a full moon. I could see Jannu, the beautiful Himalaya peak that rises to 7710 meters with it’s tooth-like summit. I stared at the rest of the Kanchenjunga range, beyond which was India. It was one of the most memorable nights of the trek. The feeling of being in a far-off place few have seen on a beautiful night, with the screeching, almost soul stirring sound from the bats burned into my consciousness forever. 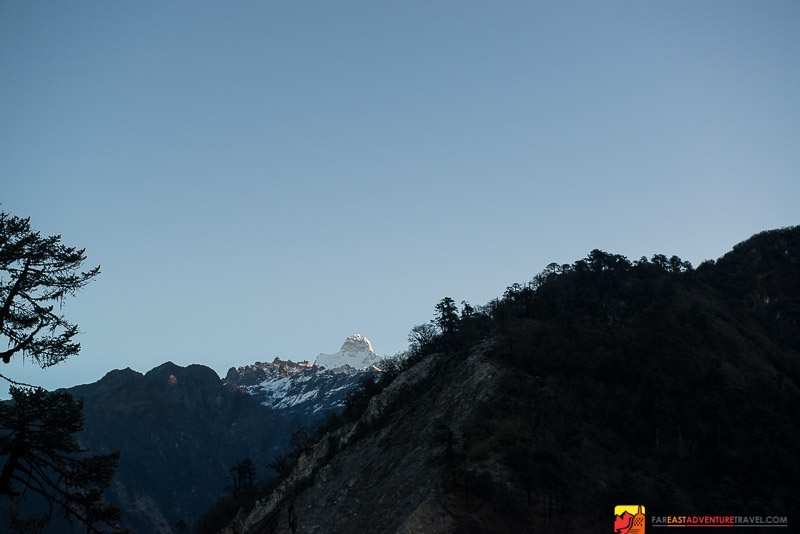 This month’s edition of Far East Adventure Travel Magazine is filled with images, video, and stories from my trek to the third highest mountain in the world, Kanchenjunga. Just click the magazine icon on the top right-hand side of the page, download the app and subscribe!