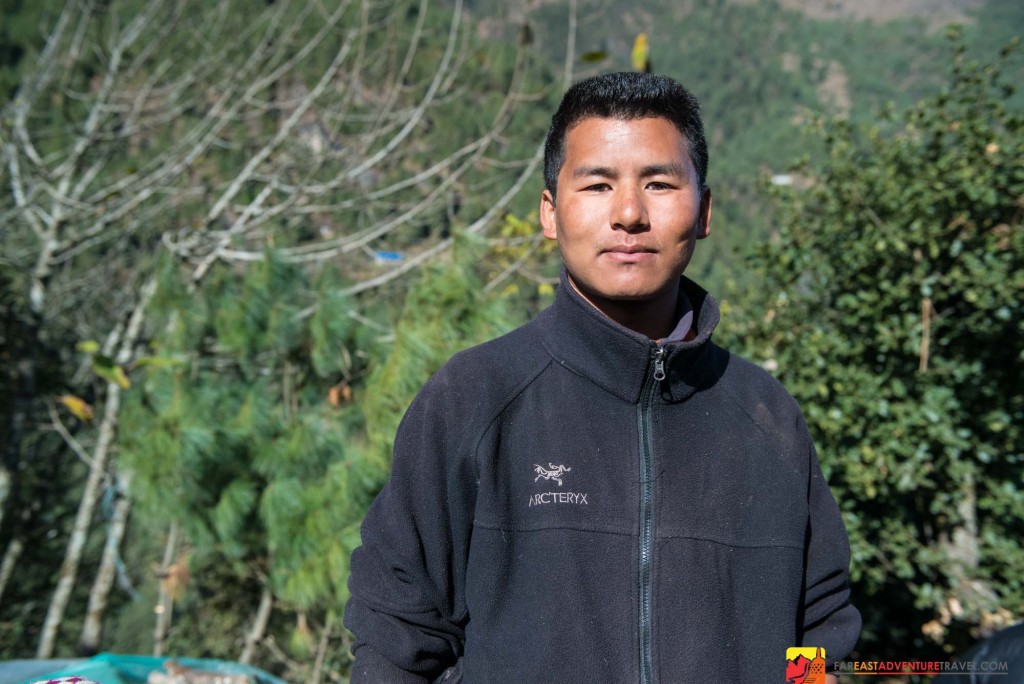 A Sherpa guide from the Khumbu Region of Nepal

A regular mistake many foreigners make when visiting Nepal, Tibet, or even India, is commonly referring to mountain guides and porters as Sherpa.

Probably due to the fact that the Khumbu Valley of Nepal has had a huge impact on mountaineering and adventure sports overall in the world. After all it’s where the planet’s highest mountain is located, Mt. Everest, as well as other prominent peaks of the Himalaya.

Many Sherpa have been hired outside of the region to be mountain guides, as in the case of Karakoram in Pakistan where the second highest mountain, K2 is situated, another possible factor in the confusion.

Why the Khumbu Valley? Because that’s where the majority of the Sherpa, an ethnic group reside and where most of the mountaineering world’s high profile activity takes place. The biggest employer of Sherpa people.

Here’s where the confusion begins. Sherpa are an ethnic group first. Not all Sherpa are mountain guides or porters but many take up the profession because it has become a lucrative vocation compared to other options for work in the region. Not all mountain guides are Sherpa. For example my guide for the past two treks I have completed in Nepal is Gurung. Many Rai,(ethnic group), guides work in the Khumbu region as well.

One characteristic that distinguishes Sherpa from all other ethnic groups in Nepal is their natural ability to manage high altitude activity, a byproduct of genetic adaptability. This includes a unique structure of Hemoglobin and double the nitric oxide production, which manages adequate blood flow compensating for low levels of oxygen in the air at high altitudes. This gives Sherpa guides a unique distinction and huge advantage in the climbing and trekking world. Most certainly a factor in branding the name of their caste or ethnic group in this extreme sport.

One thing you will observe meeting Nepalis is pride for their ethnic heritage. Whether they are Sherpa, Rai, Gurung, Newari, or any of the 102 castes or ethnic groups this is an important part of their self-identity.

So before you refer to your guide as Sherpa, do take the time to find out their background. They will most certainly appreciate that you asked first.