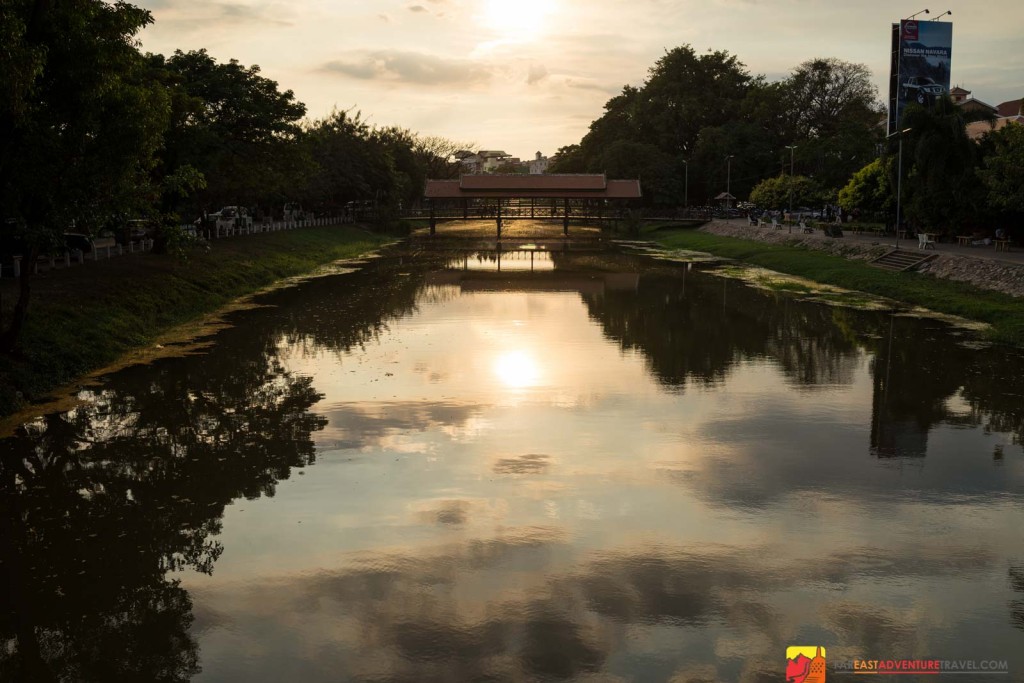 I am back on the road in South East Asia at the moment in Siem Reap, Cambodia and Pub street in the heart of the town. Pub Street was not why I came to Siem Reap. It is an interesting part of the town and appears to be where most everyone visiting hangs out at night. A mix of restaurants, cafes and bars that clearly cater to foreigners and many expats that call Siem Reap home.

Why I’m really here is of course to visit the nearby temples of Angkor Wat. One of the most important archaeological sites in South East Asia and a mere 7 kilometers from town.

Siem Reap literally translates to the defeat of Siam now known as Thailand, referring to the centuries old conflict between the Khmer and Siamese people.

Siem Reap was just a little village before the rediscovery by the French in the 19th century of The Angkor. An expedition funded by the French School of The Far East cleared away the jungle and rediscovered the Angkor ruins.

Today Siem Reap has been transformed into one of the friendliest tourist towns in South East Asia and perhaps the world with accommodations ranging from 5 star hotels to budget guesthouses with dorm rooms. And lots of restaurants and bars, like the Pub Street section catering to Western tastes.

The main part of town is concentrated here in Old Market, a mix of French and Chinese buildings, shops, businesses and the wet market, which sells local produce, fish and meat and these local fresh water clams seasoned with rock salt and chilies.

Siem Reap the town is actually made up of tiny villages along the Siem Reap River that are built around Buddhist Temples or Wats. From Wat Preah En Kau Sei in the north to Wat Phnom Krom at the southern end of town. This is Preah Promreath Pagoda or Wat closest to the Old Market and center of town and the largest pagoda in Siem Reap. Many wall paintings illustrating the story of the Buddha’s life can be found here as well as a larger than life statue of the reclining Buddha.

One thing in Siem Reap you’ll find plenty of are moto or tuk tuk drivers. They are everywhere and like in many tourist towns in South East Asia you will be approached by many drivers throughout the day looking for a fare. I stopped to talk to one driver and asked him about a typical day of trying to get clients.

So it’s back to one of the cafe’s in Old Market for a coffee and a place to get away from the afternoon heat before exploring the ruins of Angkor. Next time on Far East Adventure Travel-the start of my exploration through the ruins of Angkor Wat.