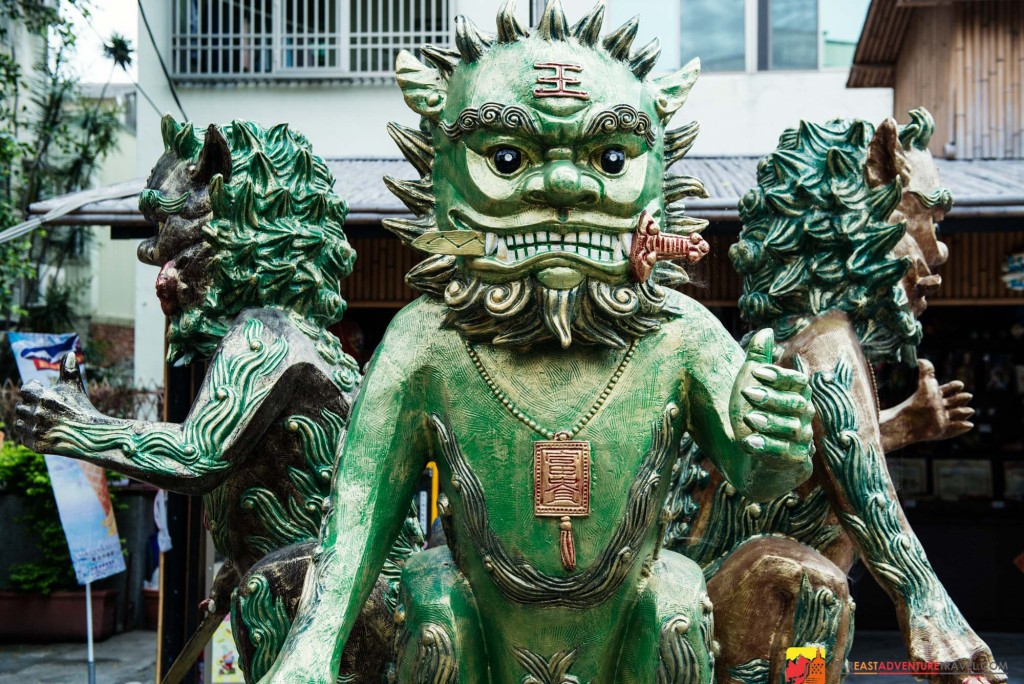 In the Anping section of Tainan, Taiwan you will find these sword lions-originally used to identify the residents of a home and ward off evil spirits

Tainan, Taiwan. It’s sometimes referred to as the capital city, it was the capital of the country for 200 years. Today, it’s one one of the country’s cultural capitals rich with preserved and practised folk culture, beautiful buildings and local foods that draw people from all over the island to eat! On my last visit I dropped by the Anping section of town, where some of the oldest streets in Taiwan are located to sample some local snacks.

Yep I was looking for one of those. Give me a half-dozen of them. Actually these are pretty cool-Folk Gods to help ward off evil spirits and protect the home.

You will see these sword lions all over the Anping section of Tainan. They were once used to identify the residents of the building. The sword lions come with various facial expressions, sizes, and colors of which would determine your place in society. They also protect the home from evil.

Time to start trying some of the local specialities. This part of town is a great stop as everyone hands out free samples. This shop specializes in preserved fruits and yes the people are very friendly.

Hmmm, where to and what should I try next. Shrimp cakes or crackers can be found everywhere. There’s also lobster versions as well. Most of the shops have the machines right out in the open so you can watch them being made fresh.

I’m going to miss some of the local specialities in this episode only because I can’t eat that much in one or two sittings. There’s just too much. So yes they have shrimp rolls, oyster rolls, oysters, and other fish soups and dishes in Tainan but I came to this spot to have a couple of my favorites. Milk fish porridge and Coffin Toast-deep-fried seafood in a sauce that’s place in a toasted bread shell.

Later I met up with my friends Sam and Sally who run an in-home restaurant in Tainan that specializes in authentic Thai Food. Sally is originally from Thailand and that’s where they both met.

Sam wanted to treat me to Ba Bao Bing, a dish that’s not just a speciality of Tainan, but one that can be found all over the island.

If you’re from the West you might think it’s a little strange to eat a combination of beans, lentils, and fruit with shaved ice, but trust it’s very delicious and in the tropical climate of Taiwan it is also a very refreshing snack.

I’ve been invited to Samily, Sam and Sally’s restaurant in Tainan for an 8 course Thai lunch but first I’ve got a few sites to cover in Tainan.

Folk culture and religion is well practised and honored in Tainan. Some say no city in Taiwan has stronger ties to Chinese culture, folk religions, Daoism and Buddhism than Tainan.

This is the Matsu Temple. Matsu is the Goddess of sea and because Tainan faces the Taiwan Strait and has been an important fishing and sea port she is an extemely important deity for worship, protection and safety.

Tainan was originally developed by the Dutch East India Company and was called Fort Zeelandia. You can visit the site, mostly reconstructed but with a lovely view. You can rent a cheap bicycle and ride some of the beautiful paths. Just ask at the Fort ticket counter.

One of my favorite spots in Tainan is the central area where many historic buildings are located including the Tainan Confucius Temple, the very first of it’s kind in Taiwan. The grounds are a great place to hang out especially in the late afternoon. The Temple complex has an admission fee but it’s well worth the charge to experience some of the beautiful Chinese culture so well-preserved here.

Don’t miss this the Pangong stone archway across the street from the Confucius Temple. Built in 1777 it was originally the main entrance of the temple. Today it leads to a street full of cafes, restaurants, and traditional snack shops.

The National Museum of Taiwanese Literature is also located in central Tainan. It is an amazing example of Japanese colonial architecture. 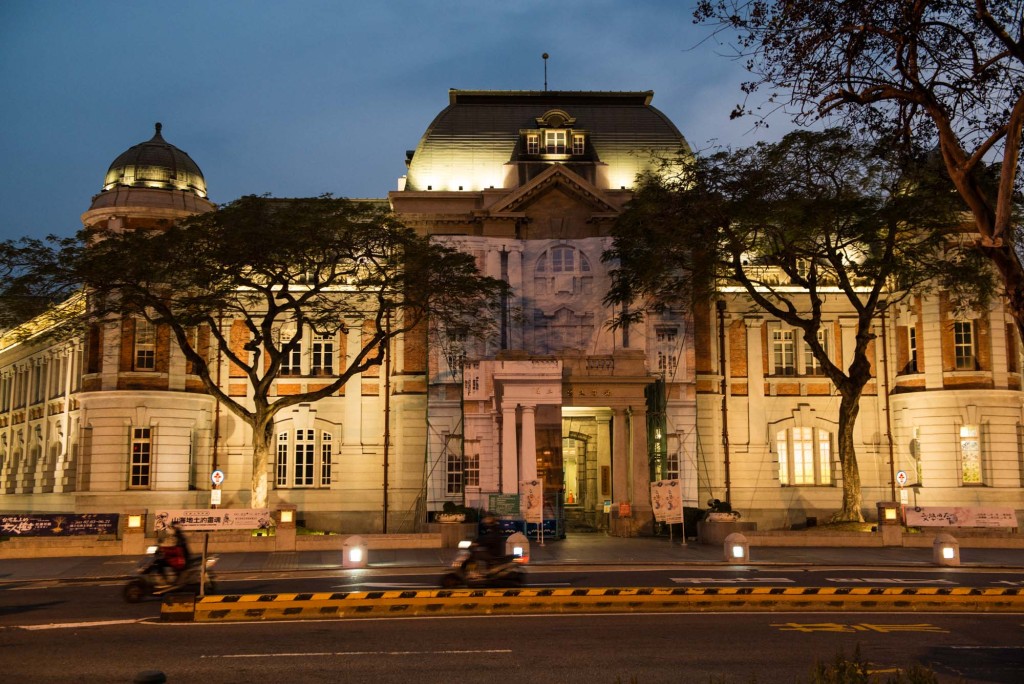 Chihkan Towers is another fort that has been reconstructed and preserved. A nice spot to relax or see one of the nightly concerts. There’s also a great restaurant scene in the area of the towers.

I am finally in the home of Sam and Sally and their restaurant Samily. I asked Sam why they chose to have a home restaurant as opposed to a separate traditional business.

I asked Sam a little bit more about why he believes a relaxed atmosphere produces better tasting food.

I had Sam walk me through the ingredients for the special Thai curry he was making, a recipe handed-down from his mother-in-law and one of his favorite dishes.

Sam and Sally are great hosts and it’s clear that you are more than just a patron, you are a guest in their home. Finally it came time for the special course of homesick curry with fish and curry which I saw Sam prepare earlier.

I think I hit the jackpot this time in Tainan. Excellent food, great company and genuine Taiwanese hospitality. I’m ready for a nap now on the high speed rail back to Taipei.

That’s it for this week’s episode. Thanks so much for joining me. Until next time this is John Saboe-safe travels and Namaste!