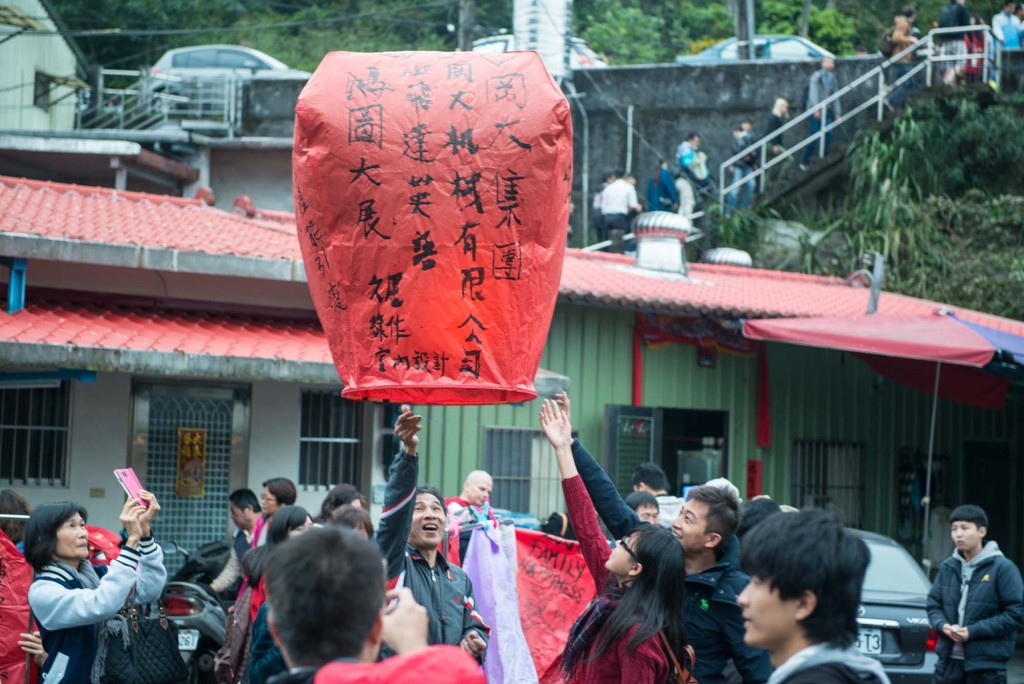 The Pingxi Sky Lantern Festival is one of the most popular Lunar New Year Celebrations in Taiwan. People will travel from all over the island just for this event which starts about two weeks before the end of Lunar New Year festivities. A few years ago The Discovery Channel called it the second best New Year’s festival in the world. It’s caught on so it’s no surprise when I visit I see more Westerners here than anywhere else at any time of year in Taiwan.

I’m checking out one of the first sky lantern releases of the season which is held in the town of Pingxi, less than an hour by car or bus east of the capital of Taipei.

People visit Pingxi and the neighbouring town of Shifin year round to release lanterns but Lunar New Year is the most popular time to come. Each person writes on one of the four sides of the lantern with their own new year’s prayers. You do the customary pose for pictures then release the lantern into the sky.

The first lanterns were used from 220-280 A.D. as a communication tool during war times in China. When the Hans people immigrated from China to Taiwan between 1820-50 the lantern was used to signal to family members that it was safe to return home. Robberies were common at the time in the mountain town of Pingxi.

Every year the festival is held here. The main releases take place on one of the local school grounds.

Pingxi is a beautiful little town and should be visited on a separate trip just to savour some of it’s authentic Taiwanese heritage. Many of the buildings were constructed in the 1930’s and 40’s along with wooden houses built during the Japanese occupation of Taiwan. There’s lots of shops selling traditional crafts and gifts. Some of the most beautifully crafted silk lanterns are produced in Pingxi. Of course because it’s Taiwan, there’s lots of food, including local snacks.

If you have time it’s always fun to take a northbound train to Ruifang, then catch the tourist train to Pingxi. Along the way you can also stop in Shifin and walk to Shifin waterfall which some believe is the nicest one in all of Taiwan.

It is definitely a celebratory atmosphere here in Pingxi with everyone getting in on the new year’s fun. Many people release lanterns with their prayers and wishes from the train tracks which run right through the village.

There’s also a really cool film on the lantern traditions of Pingxi that plays through this lantern shape building throughout the day. OK I’m getting the gong so it’s time to head back to the school grounds and get ready for the first release of the night.

I wasn’t kidding when I said the PIngxi Sky Lantern Festival is a big deal, drawing dignitaries, celebrities and T.V. crews from around the island and the world. And guess what, it didn’t rain after all. Just a little mountain mist.

There’s introductions-then the first group hits the school grounds to get ready for the first sky lantern release of the night. Maestro, a little musical interlude. Then finally the spotlights are dimmed and the first release of the Lunar New Year begins.

Fodor’s Travel Guides named it one of 14 festivals a person must see in their lifetime. History, tradition and a joyful unique celebration in the hills of Northeastern Taiwan. I would agree this is a remarkable event one must see to complete their experience of Taiwan’s Lunar New Year celebrations! Xin Nian Kaui Le, Happy New Year from the Pingxi Sky Lantern Festival in Taiwan.

Gokyo Valley, World’s Best Kept Secret-the latest issue of environmentally friendly digitally only Far East Adventure Travel Magazine is now on the iTunes Newsstand. Get your free subscription now by downloading the app. Go to the iTunes App Store or breezy-size.flywheelsites.com to get started. Don’t forget to like the Facebook Far East Adventure Travel page with daily images from Asia. You can also follow me on Instagram, Twitter, Google+, all the links are at breezy-size.flywheelsites.com

That’s it for this episode of the Far East Adventure Travel The Podcast, thanks so much for joining me, until next time this is John Saboe-safe travels and Namaste! 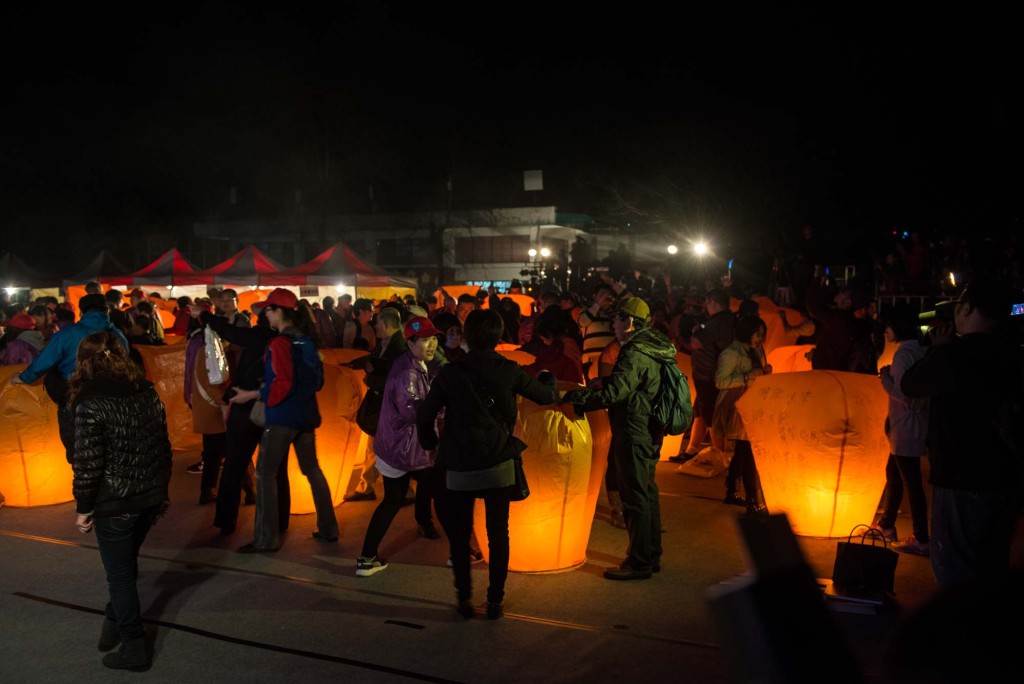