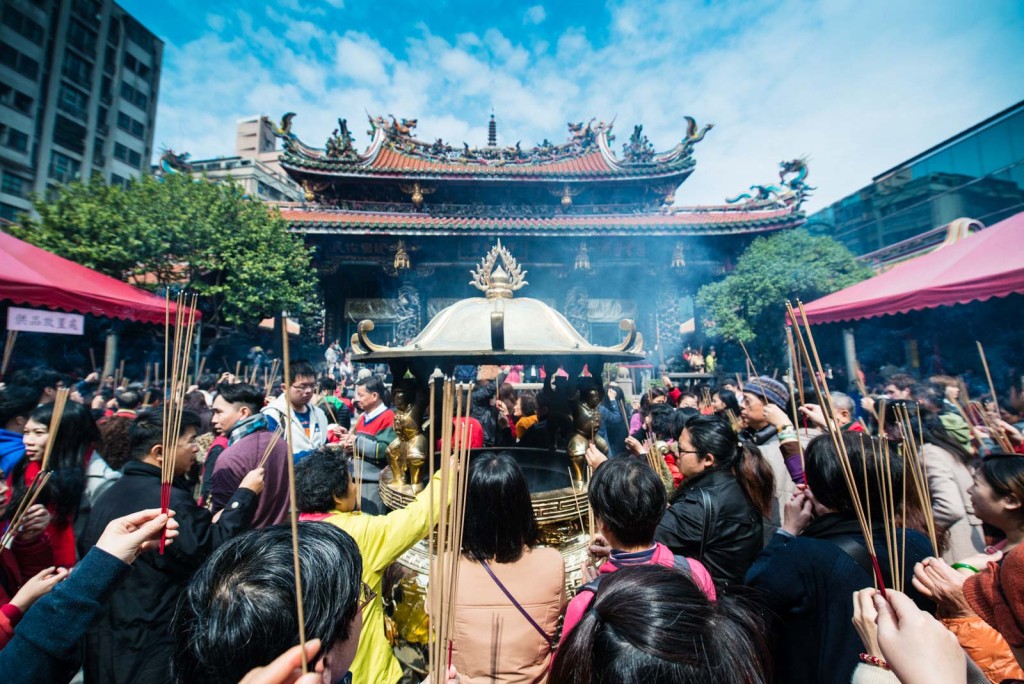 Longshan Temple-Taipei, Taiwan-thousands of worshippers praying on the first day of The Lunar New Year

Hi this is John Saboe. New Year’s Day at The Longshan Temple in Taipei, Taiwan. One of the most worshipped spots in Taiwan’s largest city. I checked out the temple on New Year’s Eve as well so I could catch a glimpse of the traditional ceremonies leading up to midnight and The Lunar New Year.

One of the largest temples in the Taipei area Longshan has dealt with it’s share of adversity. First built in 1738 by Fujian settlers it has been reconstructed several times due to fires and earthquakes. Suspicion as a hiding place for Japanese artillery it was also bombed by the U.S. in World War ll. At the time Taiwan was still a colony of Japan.

The first day of the New Year is for the welcoming deities of heaven and earth. Many Buddhists abstain from eating meat on this day. It’s believed this will ensure longevity. Today in Taiwan many people practise a combination of Buddhism and Taoism so the rules aren’t so strict.

Longshan Temple was originally constructed as a Buddhist Temple and carries on those traditions but over time it also adopted many deities of Taoism and is considered a multi-denominational temple.

Longshan Temple is made up of three halls. The first hall is the entrance area as well as a worship space. New Year’s altars are set up with the zodiac animal of the year, in this case the goat or sheep, and the three Gods of Fortune. A place of prayer for prosperity and good luck.

This is the main hall and the center of the complex. A statue of Guan Yin, the goddess of compassion sits inside the altar. A giant censor is located in the middle of the hall for prayers, burning incense and paying respect. During the bombing in WWII the whole main hall and right annex of this portion of the temple were completely burnt out. The statue of Guan Yin, however was untouched, still considered one of the temples greatest miracles.

Some temples in Taiwan have banned incense burning and food offerings over environmental concerns asking their worshippers to instead simply pray from the heart. As you can see The Longshan Temple is still carrying on the traditions. Incense is burned to allow for communication with The Gods. It is said if you hold a burning stick of incense and pray it will allow the God to read your mind.

This main hall is the original portion area of the complex so it’s not surprising that all of the dieties are Buddhist.

The rear hall was added at the end of the 18th century well after the Buddhist portion of the temple was built. A group of merchants wanted to pray to their God Matsu, Goddess of Sea for good luck and for their safe sailing to China. So this portion was added. Many people come here to pray before a trip abroad. The rear hall also holds the Gods of Literature, War, The God of Water, and others.

If it seems a little crowded with Gods it’s because in the early part of the 20th century many streets were rebuilt in Taipei. As a result temples were destroyed and their deities were transferred to Longshan. This temple is one of the busiest in all of Taipei throughout the year so it’s no surprise that thousands turn up on New Year’s Day.

It was busy everywhere around Taipei as Taiwanese celebrated the first day of the year going to the usual busy social areas like Ximending, the famous shopping district often compared to Tokyo’s Shinjuku.

My next stop was Guandu Temple, approximately 40 minutes by MRT on the Danshui River northwest of Taipei City. A 15 minute walk from the MRT stop of the same name takes you to one of the largest temple complexes in the Taipei area. This is a very popular temple to visit on New Year’s Day.

Guandu is dedicated to Mazu, Goddess of the sea. Beside the main temple is a Buddhist Chapel like building dedicated to the Buddhist goddess of mercy and compassion, Guanyin of a Thousand Arms and Eyes. So again, like many temples in Taiwan, this is a mix of Buddhist and Taoist beliefs.

Founded in 1661 it is the oldest Mazu temple in Northern Taiwan. There are also spots around the temple to raise your luck for the New Year like this spot where people throw coins and wish for good luck.

One of the coolest features of this temple is it’s tunnel that runs right through the mountain it was built around. It’s lined with dieties, some friendly looking, some downright scary! At the end of the 100 meter tunnel is a balcony with a wonderful view of the Danshui River, a perfect place to escape the crowds for a few moments and enjoy the views.

This temple draws huge crowds, many people traveling from all over Northern Taiwan on New Year’s Day, the only day of the year some may visit.

One more stop on my tour of temples on the first day of the year took me back closer to the center of Taipei and the Dalondong neighborhood in Datong District-one of the oldest areas of Taipei, home to the Confucious Temple and the Baoan Temple.

This is another temple that draws people from all over Taipei, especially on New Year’s Day. There is just something about this temple that touches almost anyone who visits. It is a beautiful structure, but I personally think it’s the care, love, and attention you can feel it receives in the mood here. People love Baon, it inspires painters and photographers on almost a daily basis. It feels like a sanctuary in the middle of the city, OK maybe not today, but it still does feel like a very special place.

Baoan Temple was first constructed in 1805 and like many temples in the Taipei area has undergone many renovations over time. It houses some of the best examples of local craftsmanship and artistry.

The stone and wood carvings, colored pottery,the painted door Gods, colored mural drawings all contribute to the ambience of a place that makes you forget everything else but where you are at the moment.

I hope you enjoyed this look the first day of The Lunar New Year in Taipei, Taiwan with visits to some of it’s most inspiring and beloved temples.

Get inspired for your next big adventure in Asia. Subscribe to Far East Adventure Travel Magazine-free on the iTunes Newstand. Download the app from the iTunes App Store and start your free subscription now.

Don’t forget to like Far East Adventure Travel on Facebook. You can also follow me on Twitter, Google+ and Instagram. All of the links are at breezy-size.flywheelsites.com.
That’s it for this week’s episode. Thanks so much for joining me, until next time this is John Saboe, safe travels and Namaste! 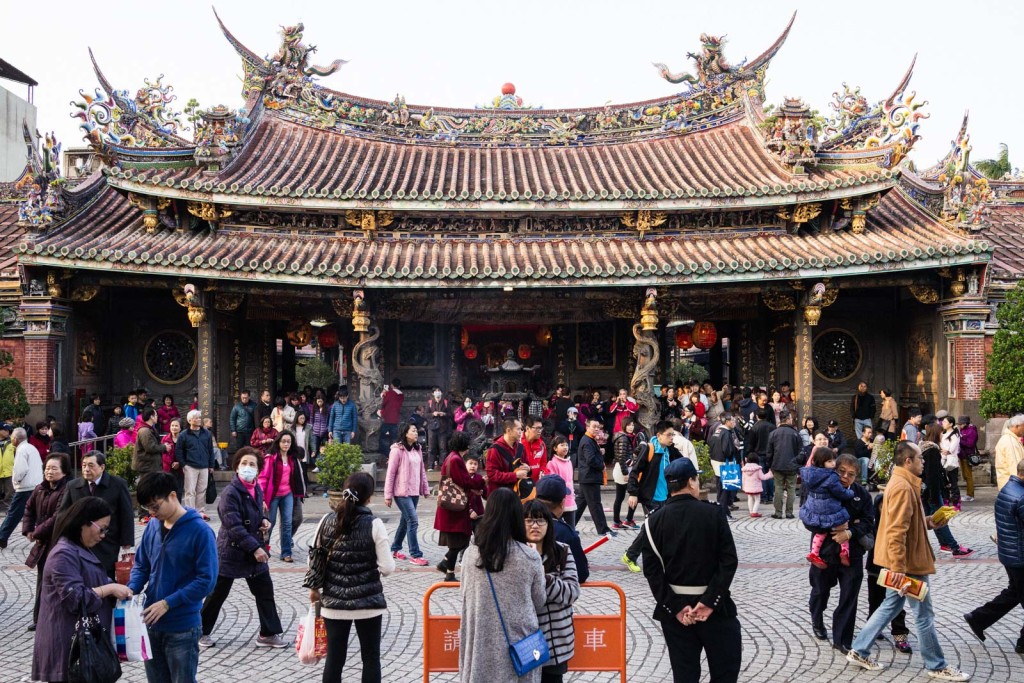