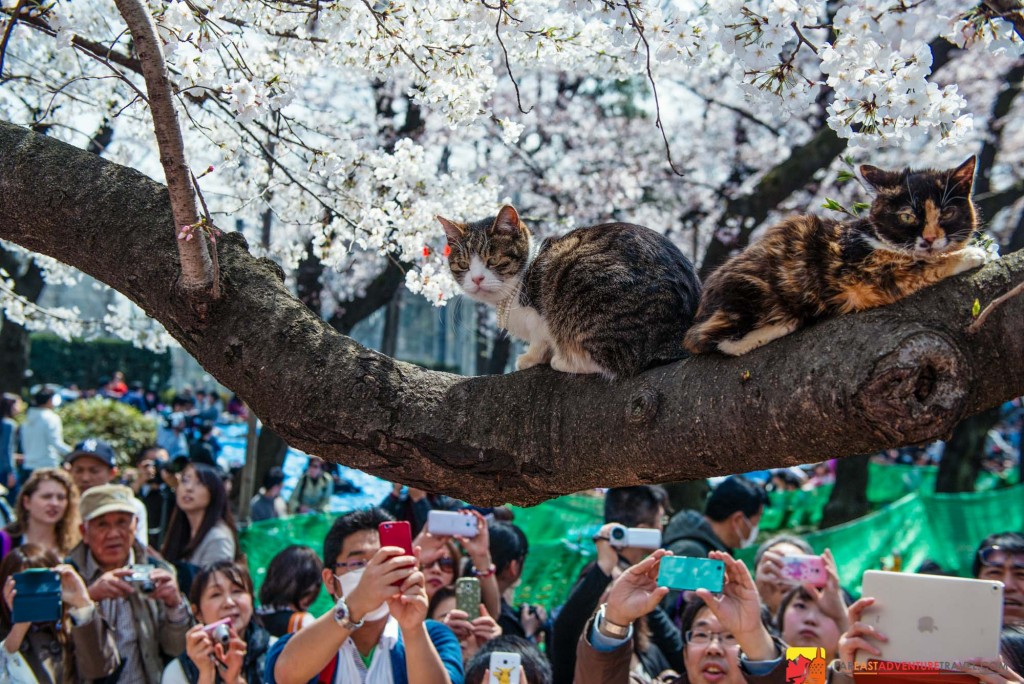 During Sakura(cherry blossom)season in Ueno Park, Tokyo a pair of cats draws a crowd of onlookers

Sakura season in Japan. It traditionally marks the start of Spring. Hanami is the appreciation of flower viewing, in particular, cherry blossoms and it’s a tradition that’s been going here for over 1000 years.

Ueno Park is one of the most popular spots in Tokyo for hanami but on the first full bloom weekend of the season a pair of cats took the attention away from the beautiful blossoms and drew crowds from around the park. They seemed to be oblivious to the hundreds of onlookers and continued to maintain their Zen like state as cameras and mobile phones were pointed at them.

It was a fitting scene for a country that is as modern as any but has still managed to hang onto cultural rituals and traditions that have lasted centuries. The pearl necklaces were a nice touch.