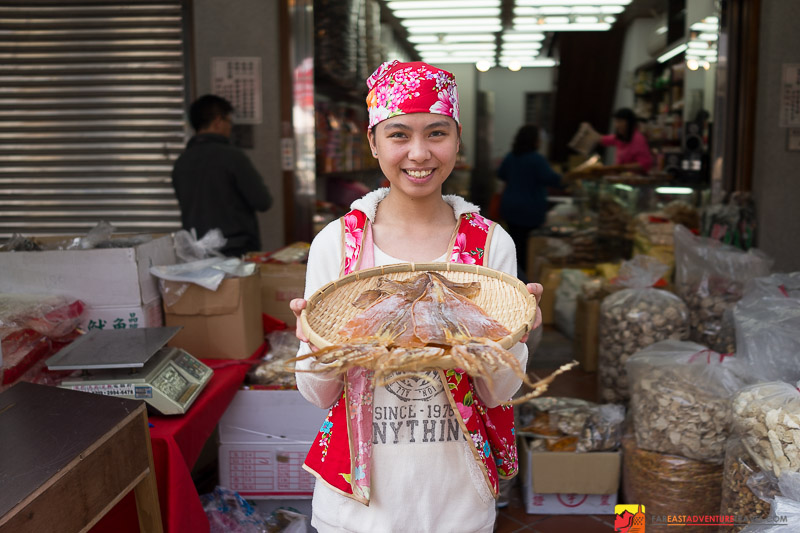 They call it grocery street. Dihua Street or the Dihua market. When I first came to Taipei, Taiwan and visited the area I was told the busiest time of year was the two weeks or so leading up to Chinese New Year. It was quiet when I visited for the first time in July. Friendly shopkeepers, locals, and interesting architecture. A mix of different periods. 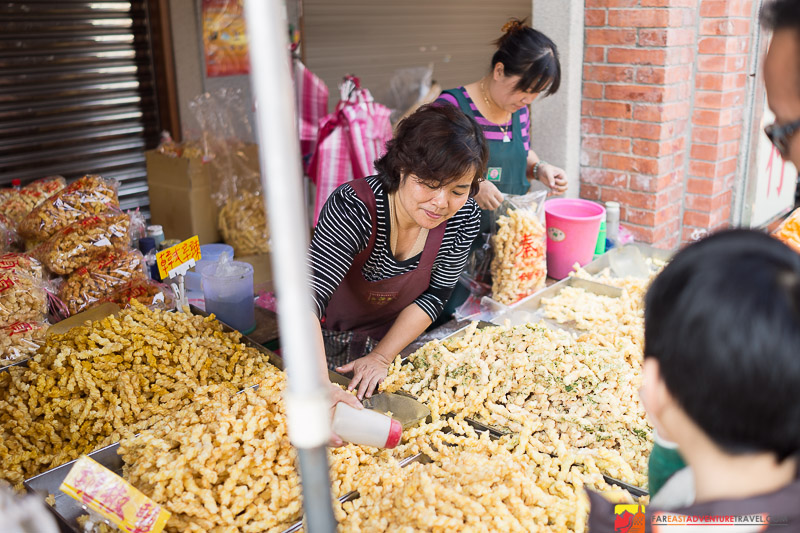 One man I spoke to owns a coffee shop and told me how his grandfather used to make beautiful silk tapestries for temples in the house he now occupies. The coffee shop is on the main level. When they restored the house, over 100 years old, there were strict guidelines as to materials that had to be used to keep the heritage status. The beams and joints had to be made by hand just like the originals. Some of the buildings here date back to the Dutch Formosa in the 17th century. 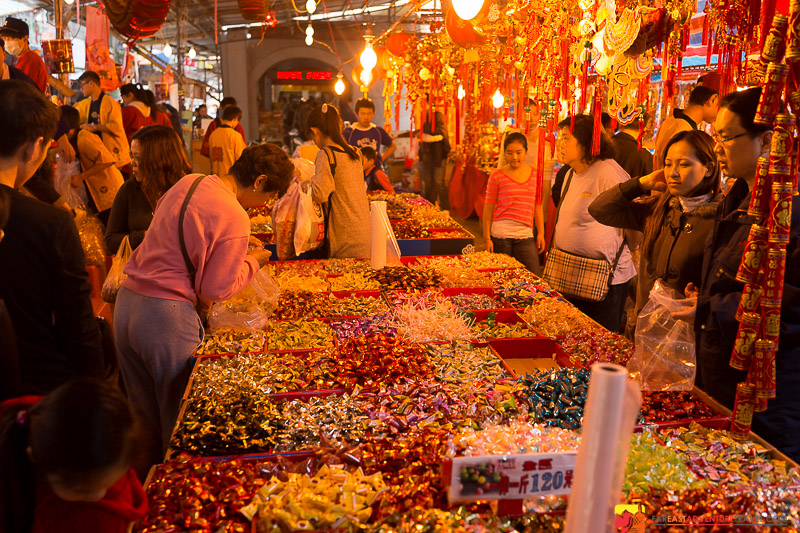 My next visit was this past Chinese New Year’s eve. Taipei typically empties out for Chinese New Year. Many people leave to go to their hometown and parent’s home in cities all over Taiwan. You’ll never see Taipei quieter. Dihua is close to where I stay in Taipei so I walked to the street in the late morning. Where was everyone? Zhongshan the area where I was staying couldn’t have been quieter. I thought maybe I left it too late and Dihua street would be barren. I was wrong. When I reached the street it was bustling. I thought maybe this was where the rest of Taipei was for the day. Not as busy as a few days before I was told but still very active. 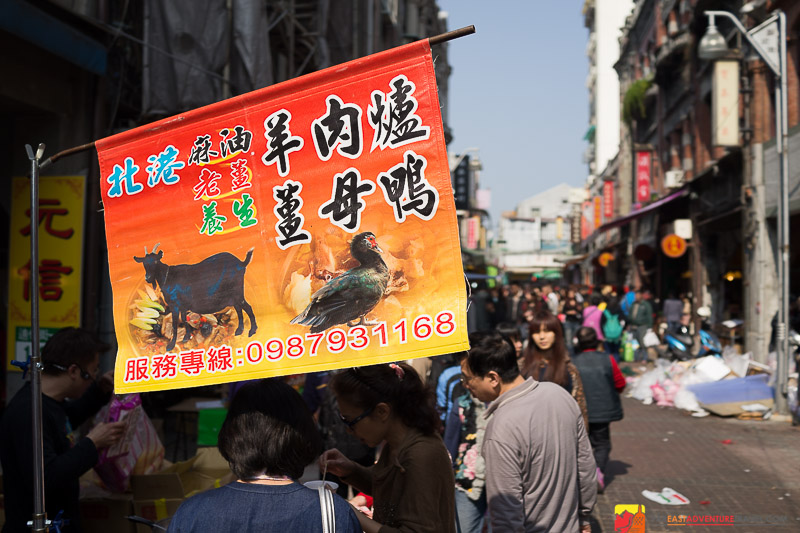 Ginger Lamb And Duck – A Specialty For Chinese New Year

So many people come to buy their supplies for the new year here. Special treats, candies, tea, decorations. This is also the place to come for Chinese medicinal herbs. A friend of mine told me her sister and family love to come to get the free samples. It seems anyone who makes anything here hands out food. Shrimp chips, egg rolls, just about anything that can be consumed is offered up. It’s a fun atmosphere. Loud music, people shouting out there goods for sale and everyone feeling festive.I’m just glad I made it in time. I couldn’t wait another year! 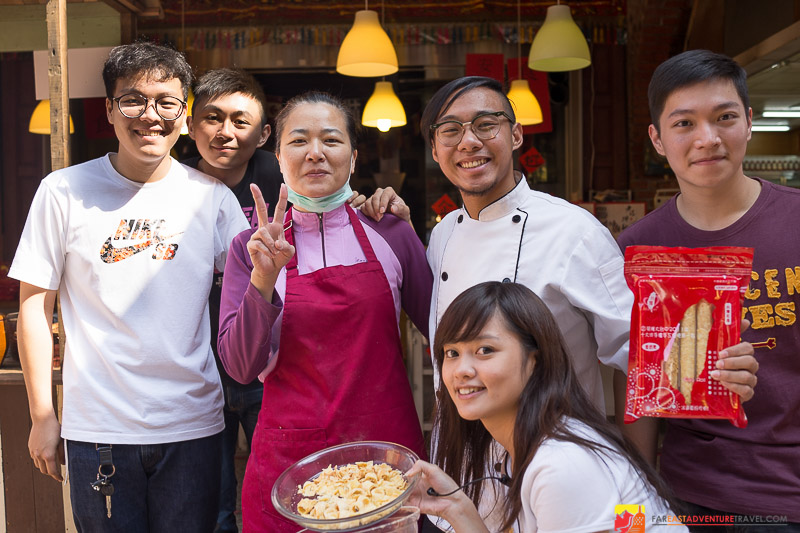