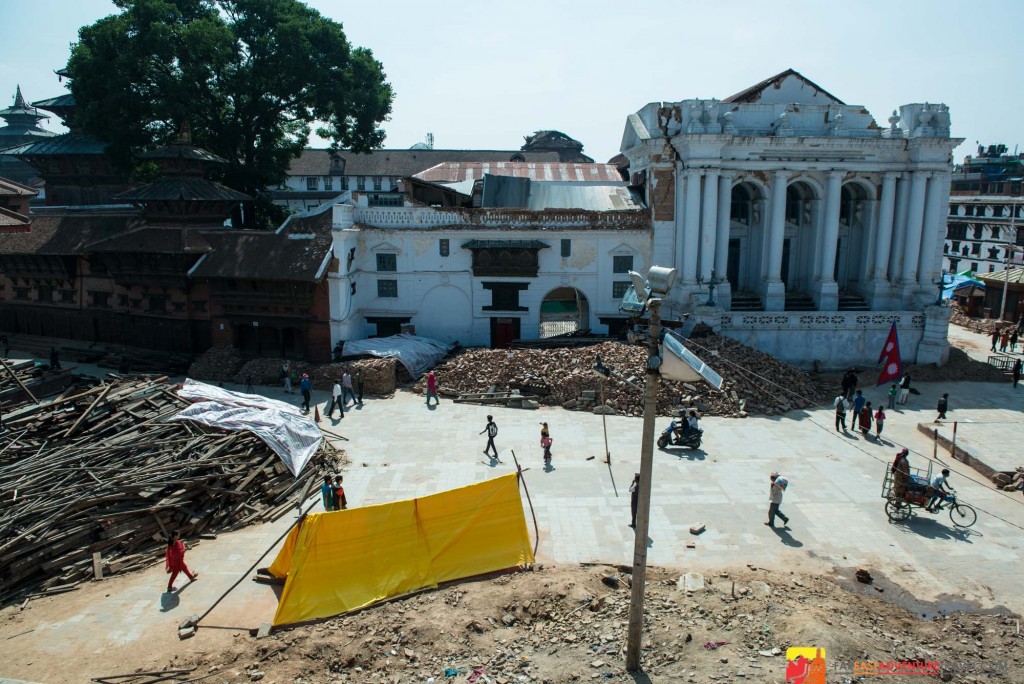 Many have asked me while I have been here in Kathmandu, Nepal what is the mood like. Fear and uncertainty could probably describe how most people are feeling right now. Life started to get back to normal a few days after the first big earthquake on April 25th I’ve been told. At least shops opened up again and people went back into their homes, if they still had one, to sleep in.

But when everyone felt the 7.3 on May 12th things quickly returned to the same conditions after April 25th with shop owners, many restaurants and other businesses closing up and people returning to the outdoors to sleep in tents.

In this podcast I speak with three individuals who, for one reason or another are all continuing to sleep outside in the Kathmandu Valley.

Birendra also told me since the first big earthquake on April 25th his 5 year old son has been scared to be without his mom or dad right by his side.

The feeling is the same throughout the Kathmandu Valley. I spoke with this man in Patan who is sleeping outdoors despite having a house that was not damaged in the April 25th earthquake.

This man was forced to sleep in a tent when his landlord had to close the house he was staying in because of cracks in the ceiling from the 7.8 earthquake on April 25th.

Next time on Far East Adventure Travel The Podcast a visit to Patan’s Durbar Square to check on the Unesco World Heritage Site’s condition.

Please like Far East Adventure Travel Nepal on Facebook. You can also follow me on Twitter, Periscope and Google+. All of the links are at fareastadventuretravel.com.
Until next time this is John Saboe, safe travels and Namaste!