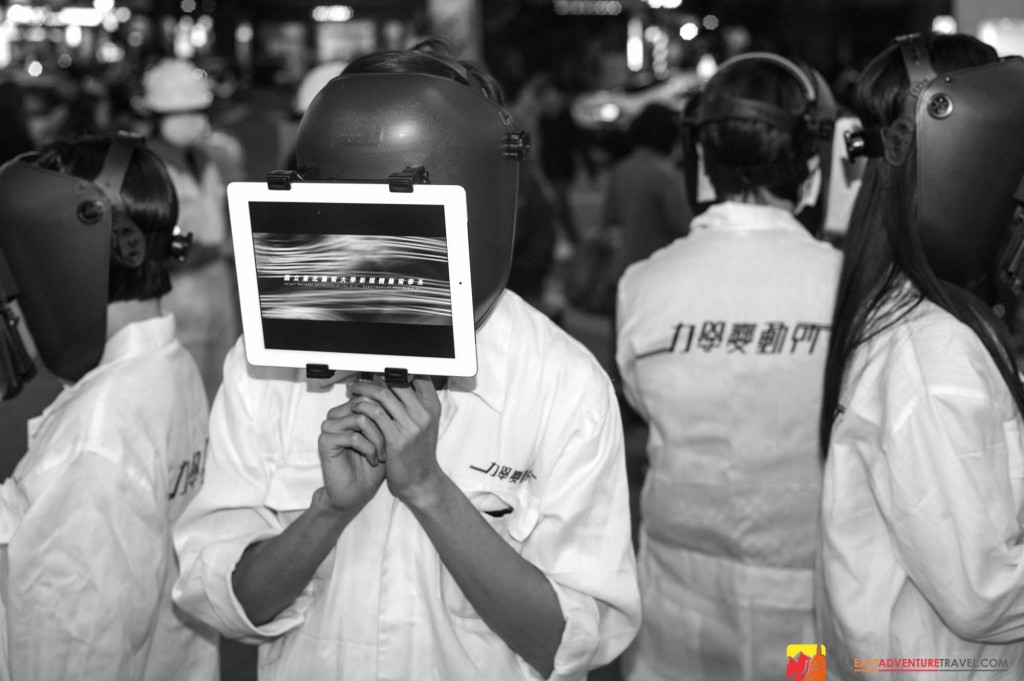 Taipei is one of the most interesting and fun cities in East Asia with loads of activities. There’s always something going on, especially outdoors. It’s a real outdoor culture with a warm to hot climate most of the year.

I recently caught up with a group of students from the National Taipei University of Arts that were presenting an interactive exhibit that they literally took to the streets all over the greater Taipei area recently. I spoke with Jin Lin and Ling Ling Lai and asked them why they chose to present their media project on wheels.

Jin and Ling Ling explained why this work was important to them and their fellow students and what they were trying to accomplish with this unique media arts exhibit that traveled around Taipei.

Now you may be wondering what people in Taipei think when they see a bunch of young people dressed in white coveralls and helmets walking around their city. Jin and Ling Ling demonstrate how they explained their project to everyone.

I asked Jin and Ling Ling what favorite activity they’d recommend people do when they visit Taipei.

What foods should people try when they’re here?

Safe streets, friendly locals and some pretty unique food specialities and National Taipei University of Arts New Media Cruiser. That’s how they roll in Taipei. Oh God, did I really say that. For Far East Adventure Travel Podcast this is John Saboe. Thanks so much for joining me. Until next time safe travels and Namaste!