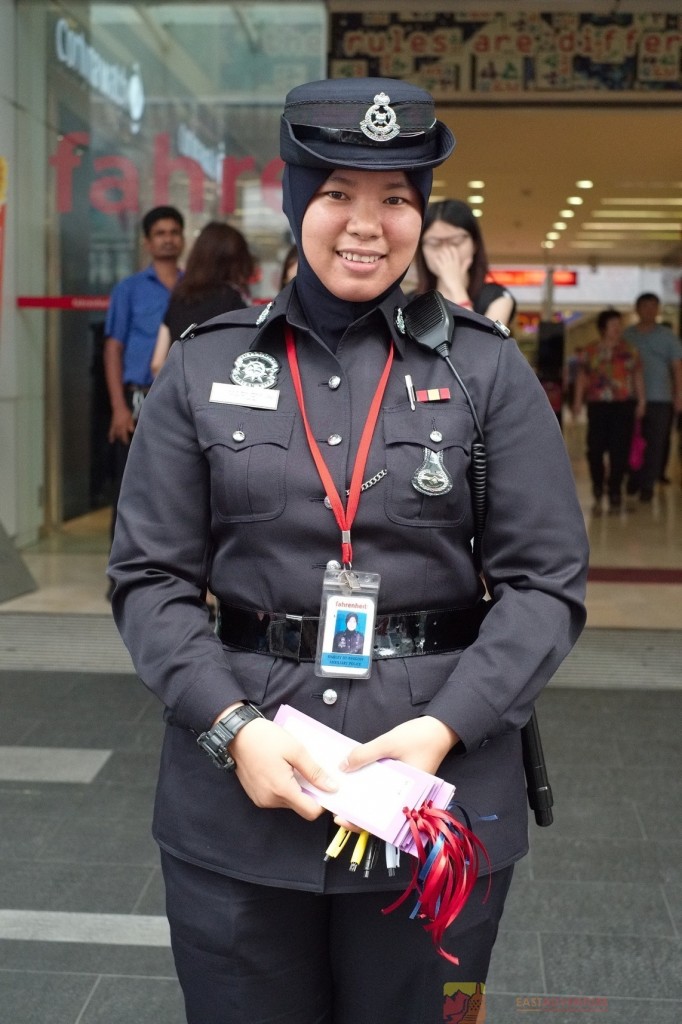 As I was flying over South East Asia early this morning I was thinking about the victims of Malaysia Airlines flight MH370. There were signs all over Kuala Lumpur today of thoughts and prayers for the victims of the missing flight and their families. KL police officers were outside a busy mall handing out cards for people to send messages to the victims and their families. The KL police officer above was very kind to pose for me. The kindness and sympathy is everywhere here. 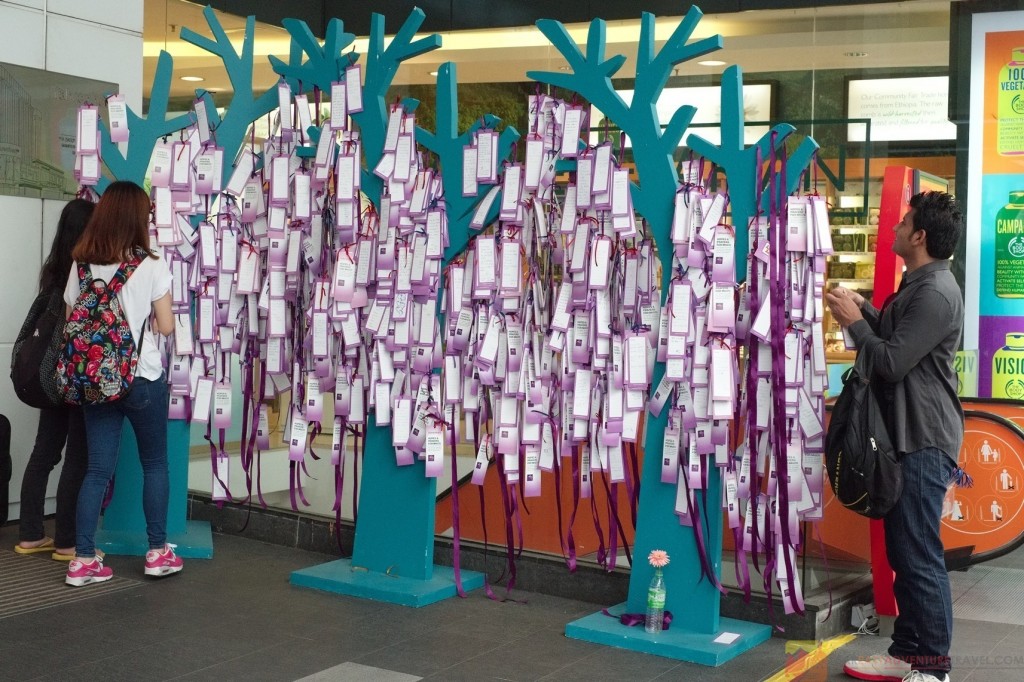 Message Tree For Victims Of Flight MH370 And Their Families

It has now been discovered that satellite communication systems continued to receive signals from the plane 5 1/2 hours after it disappeared over The Gulf of Thailand. Here is the latest news from NPR.
Update at 10:20 a.m. ET: After Flight MH370 Disappeared, It Kept Telling Satellites “I’m Awake”:

Communications satellites continued to receive signals from the missing Malaysia Airlines plane for at least 5 1/2 hours after it disappeared over the Gulf of Thailand, a source familiar with the investigation tells NPR’s Frank Langfitt.

Frank, reporting from Shanghai, writes that:

“Inmarsat, the global satellite communications firm, confirmed in a statement that its satellite network had been in contact with the plane. ‘Routine, automated signals were registered on the Inmarsat network from Malaysia Airlines flight MH370 during its flight from Kuala Lumpur,’ the company said, without offering additional details.
“David Coiley, vice president of aviation at Inmarsat, declined in an interview to discuss the specifics of the Malaysia Airlines case. But he said that in general, such signals are very reliable. ‘I’d say way over 99 percent. It’s highly unusual to get a false positive that the system was still operating when in fact it wasn’t,’ he said.”
On Morning Edition, Frank added that the communications system “allows pilots and other people to send texts.” About every hour, he said, an Inmarsat satellite would “ping” such a system aboard a plane like Malaysia Airlines’ Boeing 777. If the plane’s system was powered up, it would respond “basically saying ‘yeah, I’m awake, I’m still here,’ ” Frank reported.

As we noted earlier, in the event of a crash on land or sea, it’s unlikely the system would continue operating. The system is not designed to be able to automatically track a plane’s location. Coiley, the Inmarsat executive, told Frank that the pings received by its satellites would not include data on altitude or a plane’s position.