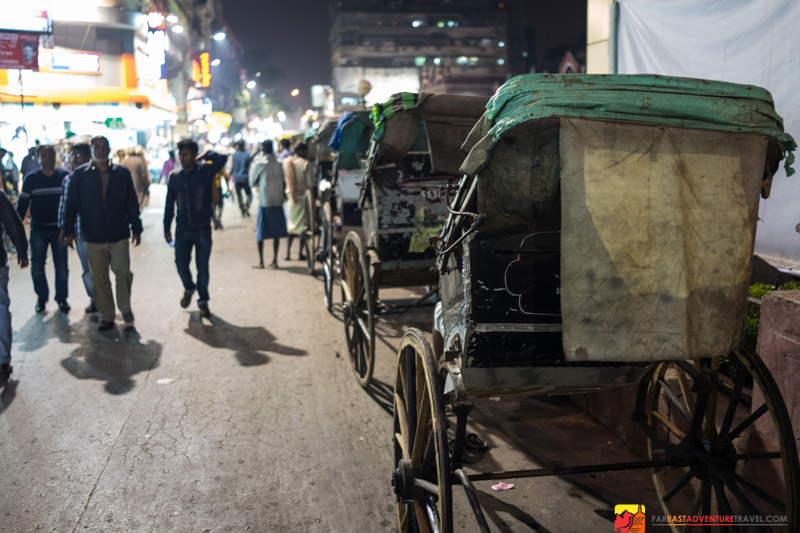 The stores, stalls, vendors, and food are so plentiful in the New Market shopping area of Kolkata that you will most likely find yourself tripping over someone just to take a few steps. This is not an exaggeration.

Kolkata’s population is approximately 4.5 million. If you include the suburbs and outer areas it rises to over 14 million making it the third largest urban area in India. So the density of people per square meter is higher than most places in the world. That’s not the only factor that contributes to New Market’s crowded environment. 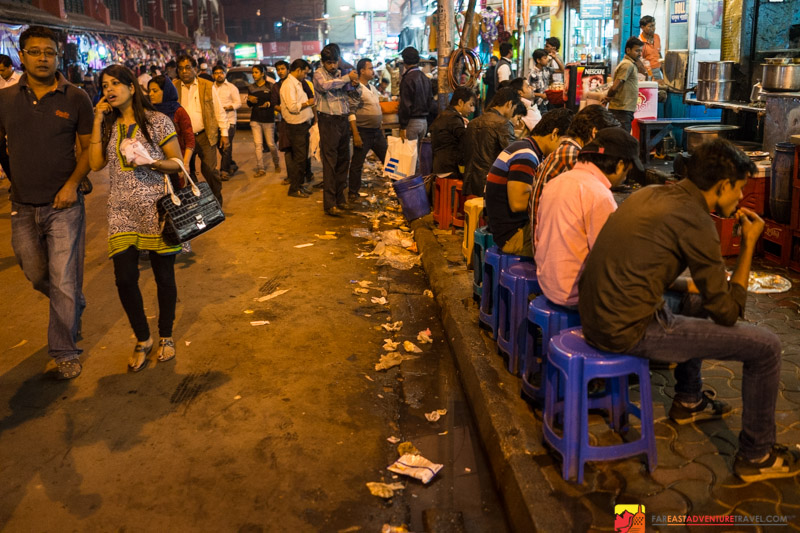 A Rare Empty Space On The Street – New Market

At one time only the covered Hogg Market building was considered New Market. Today Lindsay Street where it’s located and the surrounding shopping area is referred to as New Market.

This is also the only place in India you will still find hand-drawn rickshaws. I found myself almost in shock the first time I saw a man pulling another man on a cart-rickshaw. This was the 21st century, wasn’t it? Bicycle rickshaws are still everywhere but hand-drawn carts? I personally could never hire a man to pull me on his feet. But they are still accepted here.

A combination of the last of the old-time rickshaws, auto-rickshaws, cars, bicycles, and motorbikes. The chaos so typical of a large Indian city. 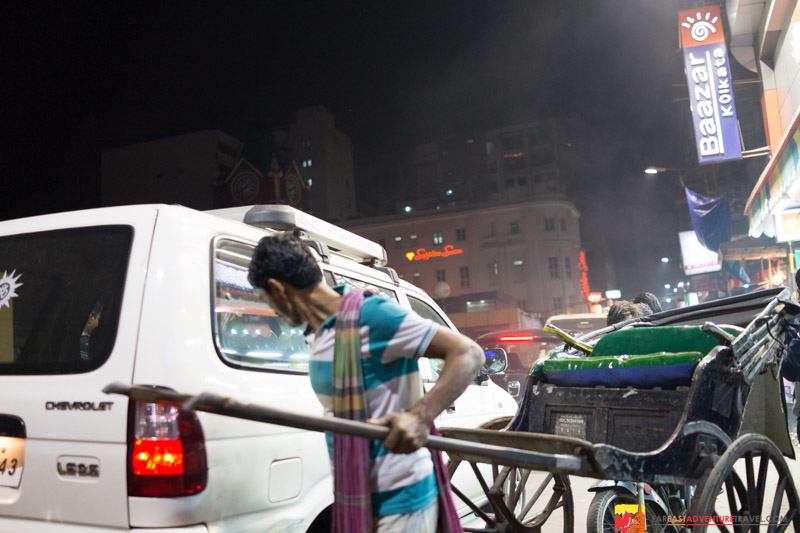 For me, a passionate street photographer, it’s the ultimate playground. So many people on the streets. So many stories to be told. Chaos, noise, people, India! I was just there but I already want to go back. I’m far from finished this assignment.