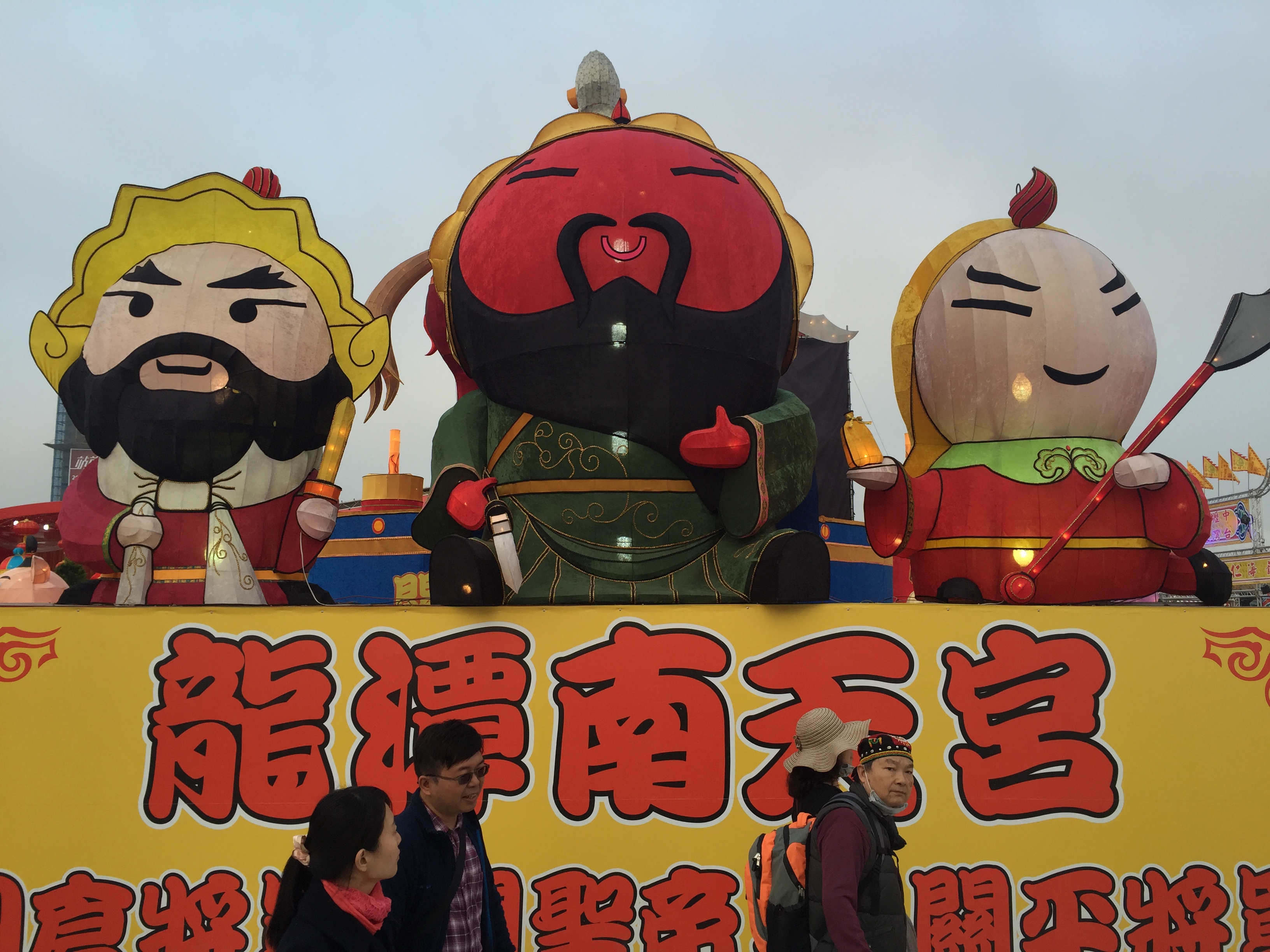 The God of War, Gaun Gong and his generals one of the many themes featured at this year’s Taoyuan Lantern Festival in Taiwan

The Lantern Festival marks the 15th day of the Lunar New Year and traditionally ends festivities. In Taiwan it’s just the start of a spectacular display of creativity with paper, lights and even more high- tech tools used to dazzle the large crowds that turn out across the island for the festivals.

Many stories have been associated with the first lantern festivals but the one that is the most likely is the declining darkness of winter belief and the ability to move through the night with man-made light.

Taoism also associates the birth of the Lantern Festival with the Taoist God Tianyuan, responsible for good fortune. Tianyuan enjoys all kinds of entertainment so followers prepare activities and pray for prosperity.

The Pingxi Sky Lantern Festival is probably the most famous of all the Lantern Festivals in Taiwan. The sky lantern was first used as a warning signal that intruders were in the mountainous region of northern portion of the island. Today thousands descend in the little town to write their wishes on the lanterns and send them into the sky.

Stationary lantern festivals are incredibly popular drawing crowds in the millions every year.

I recently visited the Taoyuan Lantern Festival conveniently located outside the High Speed Rail Station of the district.

Incredibly impressive with several large themes including the giant 26 meter tall “Monkey King” as well as many lanterns based on Taoism, Buddhism, and even a Christian display. In this episode of Far East Adventure Travel, a visit to the Taoyuan Lantern Festival of Taiwan.