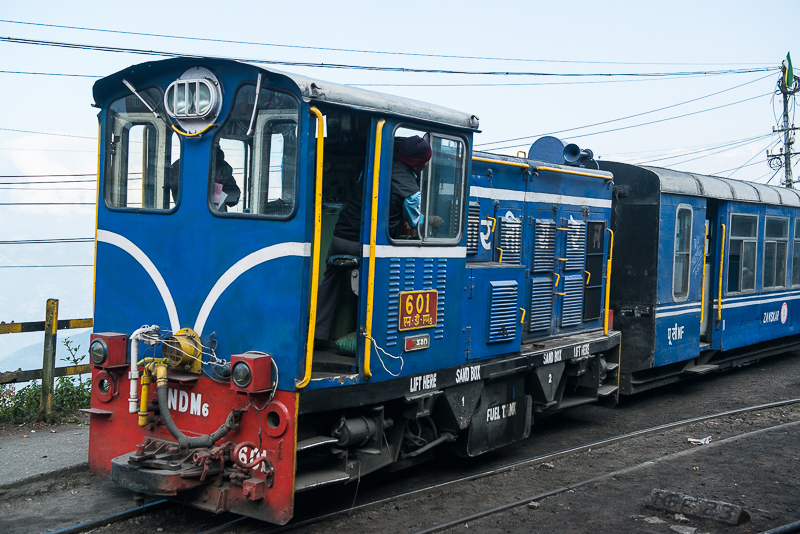 This is John Saboe the publisher of Far East Adventure Travel Magazine and today I am going to talk about one of my favorite places in India, Darjeeling.

I had wanted to visit Darjeeling for a long time so when I found myself in Eastern Nepal late last year trekking to the base camps of Kanchenjunga, the third highest mountain in the world, I was the closest I’d ever been to West Bengal and it’s famous town high in the Himalaya. So my timing was perfect for a visit.

Getting there was one of the most challenging overland trips I had ever done. It’s actually not that far away, about an 8 or 9 hour drive from Taplejung, which is the largest town in the Kanchenjunga region to the border town of Kakarbhitta, Nepal. Cross the border into India then a one hour drive to Siliguri where you pick-up a share jeep and take a 3.5 hour drive to Darjeeling. Pretty straight forward? Not in this instance.

We had hired a jeep in Taplejung, Nepal and about an hour into our drive it broke down. Three hours later we were moving again, but slower due to the uncertainty of the rear axle staying in place. Fortunately at one point during our drive we picked up a mechanic who was looking for a ride to Kakarbhitta. About a half hour before we arrived in that town the rear axle fell off, while we were driving.

Our mechanic certainly earned his fair fixing the jeep for us but what should have been a 9 hour drive maximum turned into 15 hours.

Despite the mishaps I still love crossing India from Nepal overland. Even the though cities aren’t necessarily pretty checking into the little wood houses that are the immigration offices in Nepal then walking, in the case of this part of Nepal, hiring a bicycle rickshaw to take you to the Indian immigration offices over the border are almost always filled with adventure. I was stopped halfway across the bridge by an Indian army officer holding an automatic rifle, very pleasantly asking me if the things in my large duffle bag were necessary.

After I checked in with India immigration I found a share jeep to take me to Siliguri, where I would pick up another share jeep for a 3.5 hour drive to Darjeeling. Along the way I met a couple of nice West Bengali men who were extremely friendly. I am skeptical sometimes with the sincerity of some whom I’ve met in my travels through South Asia, but these men were the real thing. Friendly, warm, kind, and they even helped me carry my bags and arrange a ticket on a share jeep, making sure I was getting the fair price. There are touts and scam artists throughout this part of the world but I have found there are also some of the kindest sweetest people you will ever meet.

The roads in this part of West Bengal are ruled by share jeeps. They are the main form of commuter transportation. If you are going in a share jeep you’ll find they’re not super comfortable. They pack about 9 passengers in each one. I was sitting in the back road with 2 other people. One of them was a young woman who got so sick riding on the windy roads that she found herself throwing up with her head hanging out the window through the last half of the trip.

How I really envisioned a ride up to Darjeeling was on the toy train, the narrow gauge Darjeeling Himalayan Railway. The train that has been operating here since 1881. Unfortunately the section from Siliguri to Kurseong was closed due to a landslide 3 years earlier so the only way that far is by car or jeep. You can pick-up the toy train in Kurseong for Darjeeling but on this trip I opted to take the share jeep right to Darjeeling.

Finally after three hours and fifteen minutes in the stuffy packed jeep we poured out into the Darjeeling train station. You can either hire a porter to help you carry your bags up the steep streets of Darjeeling, most of the hotels are high up in the town, or hire a taxi which will be a ride that will last between 5 and 10 minutes and will probably cost you more than your 3 hour share jeep ride from Siliguri.

Darjeeling is of course famous for it’s name associated with some of the finest teas in the world. But there is so much more here.

I love the town of Darjeeling. The streets are busy, and you have to be careful of the jeeps and other vehicles that race around here but the place is full of character. A mix of British hill station, Buddhist culture, and Indian spice. The diversity of people here is amazing and at times you will feel like you are in Nepal or Tibet.

Although the streets can be busy it doesn’t have the same intensity of a typical Indian city of the same size. Although, I really don’t know if there is such a thing as typical in India. The country is vast and diverse in culture. You can walk through the streets without feeling like you’re being stalked by a tout or merchant. The shops are laid back and there isn’t the same high pressure atmosphere.

I visited Darjeeling in December so it was cold when the sun wasn’t shining. Going out for dinner was like being in a teahouse in the Himalaya, no one, no matter how good the restaurant was, took their warm jacket off during dinner.

I absolutely loved the people of Darjeeling. It does have very much a Tibetan feel to the town and many people here are of the Ghorka cast of Nepalis. You will also see many signs proclaiming it Ghorkaland, something the people of the region have been fighting for many years for, independance.

Upon leaving the hotel I stayed at the Dekeling, my host thanked me in the most sincere way with the utmost in gratitude and humility I have ever experienced in my life.

There were a few things on my list of things to see in Darjeeling. I wanted to visit the Tibetan Refugee village that was started by the Dalai Lama. I wanted to sample the teas Darjeeling is so famous for and I wanted to trek the 5 day Singalila route along the Indian Nepal border where I could watch the sunrise over the 4 of the 5 highest mountains in the world including Mt. Everest.

But what was the one thing I just had to do? Ride the toy train, The Darjeeling Himalayan Railway, one of only a few trains that’s designated as a Unesco World Heritage Site. A train that has been in continuous operation since 1881 with the highest train station in elevation in India, in the town of Ghum.

How they keep the steam trains running is a mystery, but when I was there, the workers seemed to always be caring for them in the train workshop across the street from the Darjeeling station. Breaking up and shoveling coal into the engines to keep them running. Nursing them with constant care.

At times the steam from the locomotives poured out onto the street and occasionally the whistles would be sounded bringing back memories of the British Raj. I would always here the whistles in the morning, even though at the time of my visit the steam engines were in limited use. The stronger and more reliable Diesel engines were pulling most of the special tourist trains.

When you walk along Hill Cart Road, where the train tracks run parallel you begin to notice how close they are to the buildings and houses. Riding the train really gives you the true perspective of the proximity of the tracks to buildings. You literally could stick your hand out the car window and shake someone’s hand or give them a high five in their doorstep as I did. You don’t even have to ride the train to enjoy the feeling that it brings to this part of the Himalaya. The romance of old time train travel, the mix of British influence and the deep, deep, Indian roots.

There is no other experience like walking along Hill Cart Road past Buddhist Temples looking out at Kanchenjunga, the third highest mountain in the world, while a Darjeeling Himalayan Railway train passes you by blowing that whistle. It’s an experience you could only hope to find in a place like India.

In the latest issue of Far East Adventure Travel Magazine see more on the Darjeeling Himalayan Railway and the sites along Hill Cart Road, with pictures and audio commentary. Also get a close-up look at The Gibbon Experience in Northwest Laos with zip trekking over the forest canopy of the Bokeo Reserve to see the rare black-crested gibbon.

Go to the iTunes App Store, search Far East Adventure Travel-download the app and subscribe. Don’t forget right now when you subscribe you’ll get a 30 day free trial. Or go to breezy-size.flywheelsites.com, click on the App Store icon, view in iTunes and subscribe.

That’s it for this week’s edition of Far East Adventure Travel The Podcast, thanks so much for listening, next week, a report on Taiwan’s Hungry Ghost Festival. Until then this is John Saboe, safe travels and Namaste! 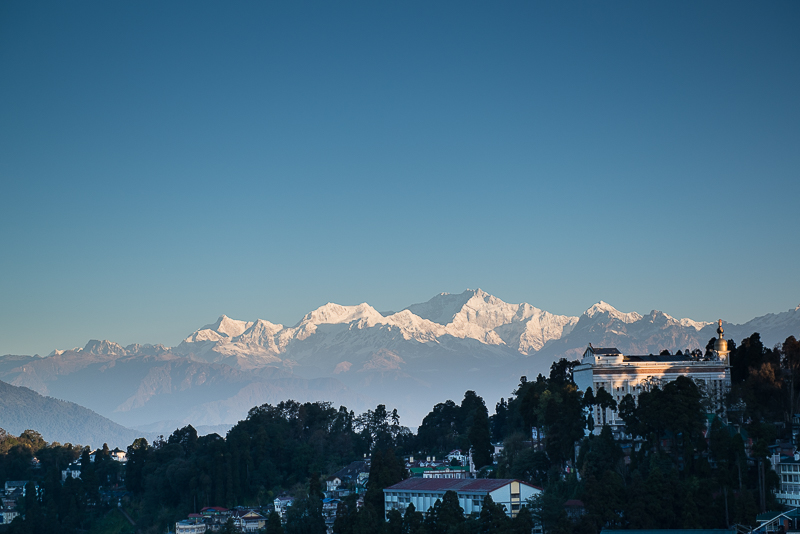 A view of Kanchenjunga, the third highest mountain in the world from the town of Darjeeling, West Bengal, India