Trek To Kanchenjunga Base Camp – The Series(Part 2)

It was the last day for the hindu festival of lights, Diwali. We stayed at a family guesthouse in Mitlung. Celebrations continued into the night. The next day we started heading for our next stop Chirwa. The days were still warm.The land fertile with the fall harvest. The trails a little washed out in places.

We thought Diwali was over but the celebrations continued in some of the villages. This group was anxious to show us their moves.

We still had long tough days ahead. In the meantime the rough trails and suspension bridges kept us engaged in the business of serious trekking. The village life is rich with culture at these lower elevations. Plenty of opportunity for tea breaks and encounters with super friendly local people.

The village of Chirwa -Taplethok. The last one we would see with shops stocked with a good variety of food and supplies for almost the rest of the trek. It was also starting to get colder at night. You’ll see men and women with these doko, or baskets everywhere in the valleys. If you don’t have animals to transport goods for you then this is the only alternative. There are no roads beyond the first few villages so everything has to be carried in.

The Limbu people are indigenous to the area. Unlike Hindus, they do not practise a caste system. And do not burn their dead.

You’ll need the Indiana Jones in you and an extra bit of courage to get across some of the suspension bridges along the way. 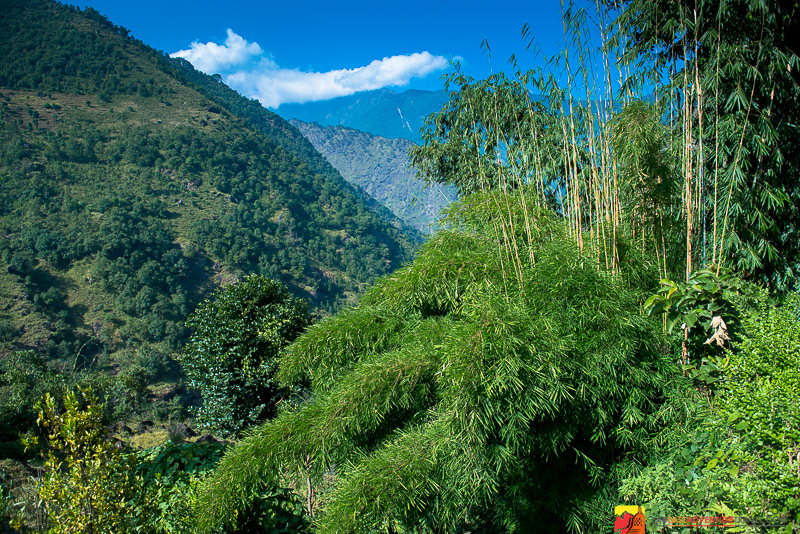